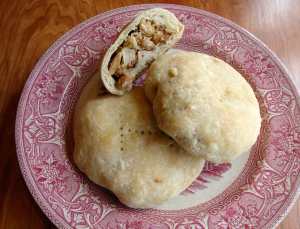 It’s spring break and it’s snowing. The snow is light and fine and in a tizzy, spiraling madly with any small breath of wind. Inside The Ordinary it’s warm and dry, and the boys have been in a tizzy, too, looping around the house making rude noises with spent balloons, the frantic dog nipping at their heels. Malcolm is playing with matches and begging for candy, and I let him buy some, because I feel so bad that it’s snowing and they have to go to the dentist tomorrow. He was looking forward to today so much, and it’s not turning out good at all. He’s nearly in tears, and I know how he feels, his disappointment is so palpable. And now he’s back with wind-rosy cheeks and snowflakes on his eyelashes, bearing juicy fruit gum with its indefinably nostalgic flavor. He wants to cuddle on the couch. “You’re not watching TV!” I say. “I don’t want to.” he replies. “I suppose we could all sit and read,” I say. “No,” he says, “I just want to sit on the couch and cuddle.” I love this boy! It has always been part of my parenting strategy to provide my boys with lots of long, unplanned days. They don’t get bored on empty days because their minds are so full of schemes, some brilliant, some ill-advised. (What can two little boys do with a dozen deflated balloons, scissors and a lit candle? Why isn’t their mother stopping them?) David and I were talking about the importance of making plans, recently, because it feels hopeful and important, and we do have some small trips planned for the week ahead. But not for this particular snowy monday. My calculated method of never scheduling anything fun for them to do has paid off, because they make their own fun. And they recognize the value of sitting together on a day in late March, watching the snow swirling down. There will never be another morning quite like this one.

I love the combination of cashews, raisins, chickpeas and cauliflower. If you roast the chickpeas and cauliflower, and combine everything in a crunchy, flavorful masa harina crust, that’s even better! I kept the seasonings simple – coriander & cumin, rosemary and sage. I added some stinky black salt to the crust, because it’s a flavor I like a lot, and I used a little smoked salt, too, because, quite frankly, I ran out of regular salt! Feel free to use regular salt if that’s all you have.

Here’s Belle and Sebastian’s Another Sunny Day, because David was whistling it this morning and it’s stuck in my head, and because it describes a rainy day trapped inside with hot chocolate, which sounds good right about now!
END_OF_DOCUMENT_TOKEN_TO_BE_REPLACED

We saw the most beautiful movie the other day – The Maid, written and directed by Sebastian Silva. It isn’t stylistically gorgeous – it has the look of home videos from a decade or so ago – it is emotionally beautiful – full of honesty and grace and sly humor. Raquel, played by Catalina Saavedra in a remarkably precise, powerful and restrained performance – is the live-in maid for a middle class family in Chile. She’s been with them more than half of her life, their world is her world. She roams the house when everybody is gone, with vacuum and duster, but she has dominion over only a tiny portion, a cell-like bedroom that looks out onto the kitchen. She loves the family, and they love her, but with a stunted, confused sort of love that cannot express itself in real affection. She’s started to have horrible headaches and dizzy spells, so they decide to hire somebody to help her, despite her protestations. With a devastating blow of well-meaning cruelty, they give the new “girl” care of the kitchen and the food, thus taking away the source of Raquel’s comfort and power, the nexus between two worlds. This is the space where Raquel has control, where she is vitally important, the space from which she nurtures the family. When this is taken away from her, she doesn’t make life easy for the new maids, and the script cunningly plays on our expectations to suggest that we’re going to follow Raquel into a world of darkness and depravity. The manner in which these expectations are gratified or denied is a source of great film-watching joy, so I can’t say too much more without spoiling the film. I’ll just say that a few moments of exquisitely portrayed human connection, in all of its poignant confusion, happiness, and sorrow made this simple, understated tale of an ordinary woman one of the most powerful films I’ve seen in a long while. Honestly, I’ve put off writing about it all day because I can’t do it justice!

I know they have empanadas in Chile, but I don’t suppose they have any like these! I thought of them as a sort of cross between samosas and empanadas. So they have potatoes and peas (comforting and bright!) and they have smoky paprika, smoked gouda, spinach, and earthy black beans. The crunchy crust is made with masa harina, cayenne and black pepper. These were really delicious! I felt proud of them, and happy with the combination of flavors.

Here’s Ayayayay by Pedro Piedra from The Maid’s soundtrack.

And here’s Promesas by Los Mono, which is a video I was very taken with a few years ago. Turns out Sebastian Silva is Los Mono! Who knew?!?!
END_OF_DOCUMENT_TOKEN_TO_BE_REPLACED

We went to the Princeton art museum this week. In the downstairs rooms, they have sculptures from all over the world – from Japan, China, the Pacific Northwest, Ancient Rome, Ancient Greece, Ancient Egypt, Mayan, Incan – the room is full of spirits, pinned and labeled and living behind glass. Beautiful monsters that protect tombs, strange animals that protect the home or the harvest, odd creatures that have some function inexplicable to us today. The place is buzzing with life and mystery. My boys were very inspired! Malcolm has been drawing spirit wisps, spirit goblins and spirit angels for days. He told me that he sees spirit wisps all the time when we drive through the countryside on dark nights. They appear as flashes of blue in the trees. As I’ve said in the past, I love the idea of spirits, and I see spirits everywhere, so I’m delighted by the sight of the boys next to each other on the couch, bent over a table, scribbling furiously in little books and describing the powers that the spirits have. Inspired by totem poles and masks of the pacific northwest, and by the time of year, Isaac drew this pumpkin man. He’s made up of faces!

Pumpkins are so perfectly suited to legend and myth. And they’re so delicious! They’re among my favorite foods. And empanadas are among my favorite foods. So together…well, it’s a perfect combination. I really loved these. They’re seasoned with sage and sweet spices – cinnamon, nutmeg, allspice and ginger. They’re comforting with melted cheese. They’re crispy with a masa harina crust. I made a zingy tomato sauce to go with them, spicy with jalapenos, and tart with lime.

Here’s Feel the Spirit by the Ethiopians.
END_OF_DOCUMENT_TOKEN_TO_BE_REPLACED