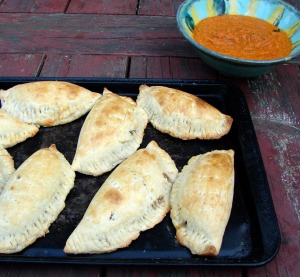 We went to the Princeton art museum this week. In the downstairs rooms, they have sculptures from all over the world – from Japan, China, the Pacific Northwest, Ancient Rome, Ancient Greece, Ancient Egypt, Mayan, Incan – the room is full of spirits, pinned and labeled and living behind glass. Beautiful monsters that protect tombs, strange animals that protect the home or the harvest, odd creatures that have some function inexplicable to us today. The place is buzzing with life and mystery. My boys were very inspired! Malcolm has been drawing spirit wisps, spirit goblins and spirit angels for days. He told me that he sees spirit wisps all the time when we drive through the countryside on dark nights. They appear as flashes of blue in the trees. As I’ve said in the past, I love the idea of spirits, and I see spirits everywhere, so I’m delighted by the sight of the boys next to each other on the couch, bent over a table, scribbling furiously in little books and describing the powers that the spirits have. Inspired by totem poles and masks of the pacific northwest, and by the time of year, Isaac drew this pumpkin man. He’s made up of faces! 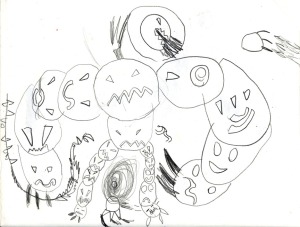 Pumpkins are so perfectly suited to legend and myth. And they’re so delicious! They’re among my favorite foods. And empanadas are among my favorite foods. So together…well, it’s a perfect combination. I really loved these. They’re seasoned with sage and sweet spices – cinnamon, nutmeg, allspice and ginger. They’re comforting with melted cheese. They’re crispy with a masa harina crust. I made a zingy tomato sauce to go with them, spicy with jalapenos, and tart with lime.

Here’s Feel the Spirit by the Ethiopians.

Mix the masa harina, flour, salt pepper and cayenne in a big bowl. Grate in the butter and mix with a fork till you have a crumbly mixture. Add just enough ice water to pull the whole thing into a workable dough. Masa harina is thirsty, so you might need 3/4 cup to a cup, but start with less. Knead for about a minute, then wrap in foil and chill in the fridge for at least half an hour.

Preheat the oven to 425. Cut the pumpkin in half and scoop out the seeds. Place the pumpkin cut-side-down on a baking sheet and bake for about an hour till it’s soft and brown and collapsing. The cooking time will depend on the size of the pumpkin and the thickness of the skin. Leave to cool. Scrape the flesh from the skin and puree until smooth.

In a large frying pan over medium heat, warm the olive oil. Add the shallot, and cook till it just starts to brown. Add the garlic and the black beans. Cook for about five minutes. Add the pumpkin puree (1 cup to 1 1/2 cups) the sage and the spices. Cook for about ten minutes until the pan seems quite dry. Transfer to a large bowl and leave to cool for a few minutes.

Stir in the cheese, walnuts and all but 1 T of egg.

Preheat the oven to 425 and lightly butter a large baking sheet.

Break off a ball of dough about 2 inches across. On a lightly floured surface roll it into a round about 1/4 inch thick and 5 inches across. Place a heaping tablespoonful of filling just off-center. Fold one edge over, press together, and crimp with the tines of a fork. Pierce the top in a few places. Place on the baking sheet. Repeat with the rest of the dough and the rest of the filling. Brush each lightly with egg.

Bake until golden brown on top, about 1/2 hour.

Bring a pot of salted water to boil. Cut the tops off the tomatoes, and cut a small X in the bottom of each. If they’re very seedy give them a gentle squeeze to remove some of the seeds. Drop in the boiling water. Leave for a few minutes till the skin starts to pucker. Remove with a slotted spoon and set on a plate to cool. When they’re cool enough to handle, peel the skins off. Roughly chop.

In a large frying pan over medium heat, warm the olive oil. Add the shallot, cook for a few minutes, add the garlic and jalapeno. When the garlic starts to brown, add the peanuts, cook for half a minute, then add the ginger and tomatoes. Stir to mix everything. If it’s not very juicy add a splash of water or broth. Bring to a boil, reduce heat and simmer until the tomatoes are soft and the sauce is as thick as you like it. Add the cilantro, basil, butter and lime juice. Puree until quite smooth. Season with salt and plenty of pepper. If you like add a spoonful of sugar – depending on the acidity of your tomatoes.