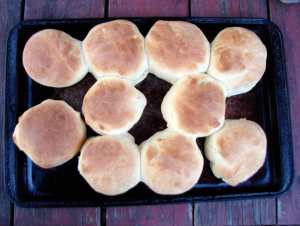 When I was younger I used to think a lot about how I could justify my existence. The phrase was frequently in my head , and I probably subjected my brother and other friends to heated discussions on the subject over Jamaican food. I think I used to believe that a person could justify their existence by creating an enduring work of something…literature, art, film, music. I don’t know, it was a long time ago and a muddle in my head. I don’t think about it too much any more. Maybe because everything is going so fast, maybe because I have the boys, which in some strange biological way settles the question. Partly, it seems a little arrogant and foolish to even think about trying to justify our existence. Somehow it seems unnecessary, ungrateful, impossible. We just keep going, as the lady at the food pantry said yesterday. But I’m still thinking about Michel Navratil, who survived the crash of the Titanic as a young boy. He was only a child, three or four years old, he didn’t understand what was happening, he didn’t choose to be saved. And later he said the he felt that he died that day, that he was “a fare dodger of life.” He was so separate from existence as the rest of us understand it that he was spared the burden of justifying himself. And those other people, that fought for a place on the boat, he doesn’t remember them very fondly: “The people who came out alive often cheated and were aggressive, the honest didn’t stand a chance.” I think I would have been one of those people, especially if my boys were on a boat. I think I would have fought like a lunatic to be with them. And I can’t help but wonder what life would have been like for a person who had gotten a place on a boat, by whatever means, from that point on. They must have felt that every moment should be treasured, every moment they should be making something, working towards something, helping someone. They have the heavy burden of having survived, and what a strange thing it must be to carry that from day to day. Or do we all have that? If we’re walking around the world today. Do we all have that? 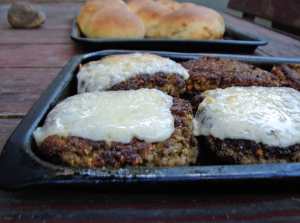 What we have here is a meal in which one night’s dinner becomes the next night’s dinner in a different form. Typical Ordinary leftovers shenanigans. I’m on the record as saying that one of my favorite combinations is chard, pine nuts and raisins. So the first night we had that, with some herbs and butter beans thrown in. We ate it with bulgur which I had made with lentil broth. The next day, I made some very tender buttery rolls or hamburger buns. And I combined the leftover beans, chard and bulgur to make burgers. I added some bread crumbs, some smoked gouda, and an egg, and I made them into patties and fried them in olive oil. Very tasty!! The night after that, I broke the burgers into pieces, mixed them with greens and kidney beans, roasted peppers and tomatoes, and made tacos. And on and on it goes!!

Here’s Memphis Minnie with Today Today Blues. Just because I like it, today!

Warm the olive oil in a large skillet over medium heat. Add the garlic, pepper flakes and herbs. Cook for under a minute, until the garlic starts to brown. Add the butter beans and raisins. Stir and cook for a minute or two. Add the white wine. Stir, and cook for a few minutes until the sauce is reduced and syrupy.

Add the chard and about 1/3 cup water. Cook, stirring frequently, until the chard is wilted and tender but still bright, 5 to 8 minutes. You can cook till the pan is quite dry, or add water to make it saucy, however you prefer.

Add the butter and balsamic and season well with salt and plenty of freshly ground pepper. Top with pine nuts, and serve.

Warm the olive oil in a medium sized saucepan over medium heat. Add the herbs, and cook till they’re a little sizzly. Add the bulgur, and cook till it starts to smell toasty.

Add the water, bring to a boil. Reduce heat, cover, and simmer for about 15 minutes (make sure you don’t burn it, if it should dry out too fast!). Then take it off the heat and leave it covered while you prepare everything else. Fluff with a fork and stir in the butter, salt and pepper.

Combine the yeast, sugar and warm water in a bowl and set aside for about fifteen minutes to get fluffy.

Gently warm the milk and butter in a small saucepan just until the butter is melted. Stir this into the yeast mixture, and beat in the eggs one at a time. Add the flour–just enough to form a kneadble dough–and the salt and sugar. Knead for about seven minutes. Put into a lightly oiled bowl, cover with a damp cloth, and set aside for about 2 hours to rise. Punch or fold it down and let it rise again for 45 minutes to an hour.

Preheat the oven to 425 and lightly oil a baking sheet. Form the dough into balls about 4 inches across and set them on the sheet. Let them sit while the oven preheats. Bake for 15 to 20 minutes until the rolls are golden brown on top and bottom, and sound hollow when you tap them.

Mix everything together in a big bowl. Smash it with a fork or potato masher to break down the beans. Alternately, put everything in a food processor and process just to break things down a bit and combine them.

Form into patties and fry in a little olive oil in a large skillet over medium heat, turning often. Top with cheese, if you like.