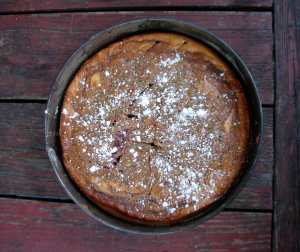 Sometimes I get so tired of my own voice. Partly this is because I talk a lot. To any person or dog who will listen to me. Partly it’s because I write this Ordinary nonsense nearly every day, going on and on and on about whatever flighty thought flits through my brain. David, on the other hand, is a very thoughtful talker. He thinks before he speaks, in stark contrast to my constant thoughtless chatter. He said that sometimes, halfway through a sentence, he’ll decide that what he’s saying isn’t all that important, and he’ll just stop talking. As it happens, most of what he says is smart, funny, and worth hearing. So today I’m going to let him do a guest post, whether he likes it or not, and give my tired and tiring voice a rest. (She says after having gone on and on about how she’s not going to go on and on!) It’s here, at Antick’s website, and I really love it. Here’s a picture from it. 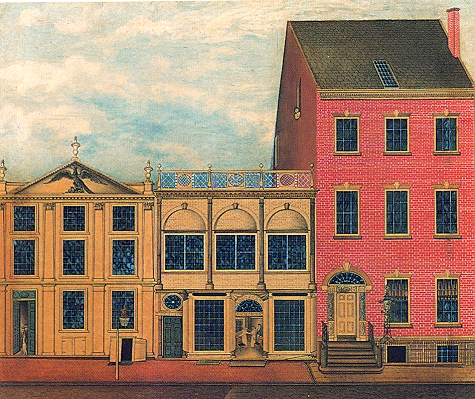 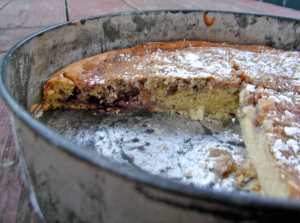 I bought some fresh ricotta at Trader Joe’s, and there’s a warning inside that says once it’s opened it has to be used right away! I used some in a savory tart, and I had about a cup left over, so I decided to make a cake with it. It’s not a cheesecake, because it has flour and ground almonds in it, but it is a dense, satisfying cake. I also splurged on some bonne maman four fruits jam, and that features prominently here as well. Again, this is an easy cake to make, I used the food processor for the whole thing.

Preheat the oven to 375 and lightly butter and flour a large cake pan.

In a food processor, process the eggs till light and frothy. Add the sugar and vanilla and process again. Add the butter and lemon zest and process until everything is combined and uniform.

In a small bowl, combine the rum and jam, until the jam is thinner and more spreadable.

Spread half the batter in the pan. Spoon dollops of jam over and swirl them around. Spread the rest of the batter, and spoon the rest of the jam on in dollops. Using a knife or fork, make pretty patterns in the batter. Bake for 20 – 25 minutes until puffed and golden. It should spring up when you touch it lightly.