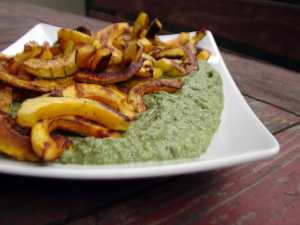 A few times over the summer and again today, I spent some time down at the local food pantry. The thing about spending time at a local food pantry, is that everybody you meet is a remarkable person in one way or another. The people who work there, who volunteer there, who pick up food there. Once you start talking to them, you realize that they all have wonderful stories. Maybe this is true of all people, it probably is, but I felt it so strongly this morning, as I walked home through the chilly sunshine. Through a program called Rolling Harvest, which is such a smart, giving idea that it makes me weepy, farmers donate produce, which is then distributed to food pantries, domestic violence shelters, meals on wheels, senior centers, homeless shelters and at-risk low-income adults with health challenges. And in some of these places, they have farmer’s markets…free produce for anybody who wants it. And they ask somebody to demonstrate some easy ways to cook the produce, which is where I came in. I made a couple of things with peppers and tomatoes, lettuce and apples. But mostly I enjoyed talking to people, and most of the people who came by had plenty more recipes than I do. As they took their bags of apples and greens and hot peppers, they stopped to chat, and they were so beautifully generous. They shared stories about their lives and their children and their grandchildren. They shared recipes for apple cobbler and pickled green tomatoes, they shared advice not to cuss at doctors, but to be cheerful for any help they gave you. One woman grew up nearby on a farm, which is now a highway. When she was little, if her family couldn’t find her they knew to look for her in the tomatoes, where she’d be sitting with a salt shaker, eating the fruit right from the plant. And her uncle would set up a big pot of boiling water in the middle of the cornfield, so as they picked they’d eat the corn as fresh as it could be eaten. She had cherries and apples and peaches, any good thing you could think of. Gleaners of fruit, gleaners of stories, gleaners of time.

Our CSA farm, Sandbrook Meadow Farm, is one that contributes produce, and all of the produce from this recipe came from there as well. Delicata squash is similar to butternut, but sweeter, lighter and easier to work with. In this instance, I roasted it and then tumbled it on top of a bed of spinach, white beans and pinenuts, which I puréed. Nice contrast of savory and sweet, soft and roasty.

Here’s the Carolina Tarheels with Got the Farm Land Blues.

Peel the delicata squash and slice them in half lengthwise. Scoop out all the seeds, and then cut the squash across into 1/4 inch semi-circles. Toss these with just enough olive oil to coat them, and spread them in a single layer on baking sheets. Roast until soft inside and crispy and brown outside…maybe 20 – 25 minutes.

Meanwhile, warm the 2 T olive oil in a large saucepan over medium heat. Add the garlic, hot pepper and herbs. Stir and cook until the garlic starts to brown. Add the spinach, pinenuts and white beans and cook until the spinach wilts. Add a few tablespoons of water if the pan dries out. Stir in the butter and balsamic and transfer to a blender or food processor. Add the fresh basil, and process until just puréed. You want a bit of texture. Season well with salt and pepper and spread on a pretty platter. Spread the roasted squash over the top, and serve. You can grate some mozzarella or parmesan over everything if you like.