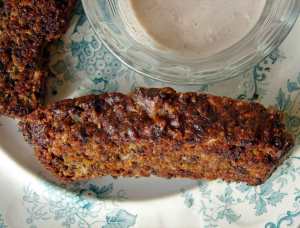 I’ve been thinking a lot about competition, lately. Mostly from watching my boys play basketball, I guess. I want them to do well, I want them to want to do well, I want them to care, but I don’t want them to be overly aggressive or mean about it. I don’t want them to think only about winning, at the expense of Love of the Game and all of that. I don’t want them, like MacBeth to be ambitious just because they’re ambitious, “I have no spur/ To prick the sides of my intent, but only/ Vaulting ambition, which o’erleaps itself/ And falls on the other.” We all know that doesn’t end well! But I don’t want them to be afraid try! I don’t want them to feel discouraged because they’re scared they might not do well, or because they’re my sons and it’s contagious. When I see Malcolm get the ball on the court, I have a little panicky voice in my head saying “get rid of it! get rid of it!” because that’s how I would feel. But I don’t want him to feel that way! I want him to make a brilliant team player-y pass or run gracefully and confidently to the basket and make a beautiful lay-up. I’m conflicted about competition! I’m ambivalent about ambition! And I actually find it a little frightening to think about how everything seems to be a competition. School, work, games, everything. You can only do well at the expense of others. You can only succeed if others fail. That doesn’t feel good. When you submit a film to a festival it’s not about sharing a lovingly created work of art and watching other people’s lovingly created works of art. You’re judged when you submit it, and once you get in, you’re judged again! I think it’s no secret that anything created just for the sake of winning a competition (any competition – the race for money, the race for popularity, the race for fame) is not going to be as soulful, substantial or honest as it could be. I’ve never responded well to this kind of pressure, because I’m a contrary curmudgeon. I went to an extremely competitive high school, and it didn’t make me want to do better than everybody else, it made me want to be a rebel and stop trying. But I don’t wish that for my boys. I hope they’ll be able to do well at everything – do their absolute best – and I hope they’ll be able to achieve everything they want. And I hope that they’ll be able to do all this without wishing that others do badly. I hope they’ll love what they do with a passion, and pursue it with the purity of kindness and generosity.

So this week’s Sunday collaborative playlist is about competition, ambition, or the lack thereof. We’ve got songs like Toots and the Maytals’ journalistic Desmond Dekker came First, which tells how everybody placed in the intensified festival. Songs like Perhaps Vampire’s is a bit Strong by the Arctic Monkeys bemoaning the fact that everybody wants them to fail, and songs like Ken Parker’s Grooving Out on Life, about sitting aside from it all…

I get my kicks from watching people
Running too and fro
And if you ask them where they’re going
Half of they don’t know
They`re the ones who think I’m crazy
‘Cause they don’t realize
That I’m just groovin’, oh, groovin’
Grooving out on life

And, finally, to the food! Why it’s the best meal anybody has made every and way better than everybody else’s!! I’m joking, of course, but it was very good! I wanted to make something special with my black truffle butter, so I decided to make these mushroom and walnut “steaks.” They might actually be closer to a sort of vegetarian meatloaf, or an old-fashioned nut roast. But I sliced them thick and lightly fried them in olive oil, and they’re substantial and satisfying, crispy out, tender in. The sauce is mostly walnuts, white wine and truffle butter. If you don’t have truffle butter, you could make the same sauce with some garlic and shallots. Or just serve these with a simple tomato sauce, or any sauce you like, and it would be just as good.

Here’s your collaborative playlist. It’s a pretty broad topic, so have fun! And feel free to add anything you like!
END_OF_DOCUMENT_TOKEN_TO_BE_REPLACED

If you’re a vegetarian, you’ve heard it a million times. “Don’t you miss steak? If I made you a steak you’d gobble it up. How can you live without steak?” Let’s see…No. No. and Easily. And then they say, “Haven’t you ever heard a carrot cry?” And then you stick your fingers in your ears and say “La la la la la, I can’t hear you!” To be honest, I don’t miss steak, because I have portobello mushrooms, and I think they’re far tastier than any steak I’ve ever eaten. They’re something of a special occasion meal around here, because they’re not cheap, but they’re still far less expensive than steak, right? I like to cook them till they’re very very dark and crispy. Quite black on the edges. You can do this is a skillet, or you can do it in a roasting pan in the oven. I like portobellos with lots of olive oil, balsamic and rosemary. These ingredients mix with the mushroom’s own delicious juices to form a wonderful sauce…the mushrooms are tender inside, crispy outside and full of flavor. I sauteed some baby spinach and arugula with chopped mushrooms, garlic, rosemary and basil, and after the mushrooms were cooked to perfection, I put a scoop of this mixture on top, and then a slice (or two) of mozzarella over that. We had them with some thick cut roasted french fries. You won’t miss your meat!