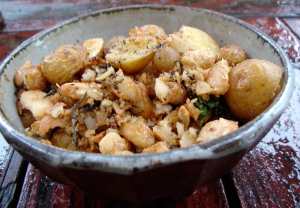 I have the whole day to myself for the first time since…well, I can’t really remember the last time. “Oh! Miss Woodhouse, the comfort of being sometimes alone!” I had such big plans! I was going to get so much work done. I was going to start a novel, and make some progress on pre-production on this movie I’ve been talking about for half a decade. I was going to be creative and productive! Six hours in, and I’m having such a strangely hard time focussing. I could blame it on the heat, because it is hellish hot, but in truth I think it’s the silence. It’s the complete and bewildering lack of distraction. Why isn’t anybody asking me for a snack, and then ten seconds later insisting on a drink to go with it? How can I possibly be expected to get any writing done if I can’t yell at anyone to stop yelling so that I can get some writing done–if I don’t have the deadline of a trip to the river to motivate me? I’m actually a big fan of aloneness. I think it’s important to be alone some of the time, so that you can pursue the thoughts in your own head wherever they might lead you, so that you can try to figure out all of those things it’s impossible to figure out. It’s one of my tedious mantras that a person should have such a supply of inner resources that they’re happy alone with no distractions for long periods of time. But, as in all things, I believe we need to find a balance. We need other people, and we need to be needed by them. It’s important to have an outlet and a reason for your wandering thoughts, so that you have something solid to tether them to. It’s important to have a sense of community, be it local or international. I’ve been thinking about this a lot, the last couple of days. If we know our neighbors, and understand them and care for them, then we’ll trust them as well. We won’t sit in paranoid solitude till we drive ourselves crazy with hate and rage. And we’ll understand why the actions of a few people acting out of hate and rage will be greeted by an ever-growing community of humans caring for strangers as if they were friends, with generosity, compassion and understanding.

Each week I’ve been picking handfuls of fresh herbs from the farm–rosemary, thyme, sage and more sage, oregano, mint, lavender, and summer savory. I generally throw everything together into one big mix of flavors, because this random wildness is part of what’s beautiful about this time of year. But summer savory is a flavor I don’t encounter very often. It’s not as nice dried, and it’s lovely and distinctive–a little lemony and, well, savory! So I decided to use it all on its own in this recipe, roasted simply with tiny potatoes from the farm and big butter beans that were almost as large as the potatoes. I roasted everything in olive oil, and then drizzled some truffle oil on top. If you don’t have truffle oil, you can leave this step out–it will still be very flavorful!

Here’s People Make the World Go Around by The Stylistics