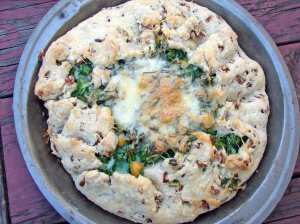 I had a discussion about film this weekend with some kids at work. They mentioned Tarantino, and, of course, being the bitter old lady that I am, I launched into a diatribe about how much I despise his films. (They love me at work! I’m a bright ray of sunshine!) The kids I was talking to probably thought I was some lame older person who just didn’t get it, man. That’s the whole point of cool films like Tarantino’s, they piss off the humorless missish squares and the easily offended. Well! Obviously I couldn’t leave it at that, so I calmly explained that I’d made a few films myself, and I’d had a lot of respect and hope for the American independent film movement, when I was the same age as these kids, and that Tarantino SINGLE HANDEDLY KILLED IT DEAD!! And that although I haven’t actually seen any of his films since Pulp Fiction, I HATE THEM ALL!! And I quietly assured them that my films weren’t failures due to any flaws that they (obviously) don’t have, but that it was, in fact, ALL QUENTIN TARANTINO’S FAULT!! Well, not just his fault, there are a couple of other people I blame, too. The kids said, “Well, his films are very violent.” And I replied serenely, “IT’S NOT THE VIOLENCE I OBJECT TO!! IT’S THE CLEVER SOULLESS INSINCERITY!! It’s the violence for no reason other than to shock. And we eat it up!” I’ve been thinking about it a lot, since, wandering through the week in the heavy fog of news of shocking violence. I keep returning to the same place, the place I always come back to. It’s so easy to shock. It’s so easy to make people sad or scared. Combine this with a little cleverness, an exploitative knowledge of some cool films other people have made and a good soundtrack, and you’ve got a hit. Obviously this doesn’t just apply to American independent film. It applies to all art, it applies to life. Acts of shocking violence get attention in a way that acts of kindness and generosity rarely do. We have odd values, here in the USA. We pay more attention to petty dramas and insipid squabbles than to anything with complicated depth of emotion. It’s not just Tarantino or independent film, it’s everything–our news, our (sur)reality shows, our politics. It’s difficult to create something that’s quiet and thoughtful and beautiful. It’s difficult to bare your soul, it’s difficult to make something sincere. It’s difficult to make a film about violence as violence actually is–messy and anguished and disjointed. Without honesty, soul, and love, a film isn’t worth watching, a song isn’t worth listening to, life isn’t worth living. This is my diatribe and I’m sticking to it!

I like a rustic galette in the springtime. It’s a nice transition between the solid, nutty, beany double-crusted pies of winter and the light vegetabley open tarts of summer. You’ve got your greens and your fresh herbs, but they’re sheltered from the cool spring breezes by a touch of crust. A light jacket of crust, a shawl, maybe. This particular crust was nice and crunchy with pecans. And I flavored the filling of spinach and chickpeas with tarragon and fenugreek, because I wanted to do something different. THey’re nice together–they both have mysterious flavors, a little sweet, a little bitter. Don’t use too much fenugreek or it will take over the flavor. A pinch will do it.