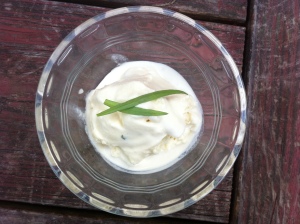 Many ages and ages ago, I told you that David and I are going to try to watch as many movies from 1967 as we can find. And I promised I’d tell you all about them. Well, we’re making a slow go of it, and it’s taken me weeks to even tell you about the first film we saw. That film was La Collectionneuse, by Eric Rohmer. Rohmer begins the film with a sort of prologue, introducing the three main characters; two men and one woman. The men are introduced in their natural habitat, in the natural habitat of a Rohmer movie, they’re with friends and they’re talking, they’re all talking. The woman, Haydée, is introduced in a bikini on a beach. I thought, “Please let her talk, please let her talk,” but she doesn’t, she doesn’t say a word. And this seems to be setting us up for a movie in which the young woman is just an object and the men are more interesting and likable. But in fact, in many ways, Haydée’s silence is her strength, and the men trip themselves up with talking. The character of Haydee is not very thoroughly-drawn, but she is a strong, compelling presence in the film. The film takes place in the south of France during a couple of idyllic weeks. The three main characters share a home owned by an absent mutual friend. We catch glimpses of the mens’ lives before and after this summer interlude, but we don’t know anything about Haydée, we don’t know where she comes from, or where she’ll go after the vacation. The men think they have her all figured out…she’s just a little slut, with a different boyfriend each night. She’s younger than them, and they think she’s flighty, thoughtless, easily dismissed. They can’t help but be attracted to her, against their will and judgement, though they try to laugh it off. They feel obliged to seduce her, though not very determined to actually go about it, and they discuss who should do it, giving each other permission as though she was the last ripe plum in the house, and they don’t want to be greedy in their enjoyment of it. Rohmer lets the men talk more than Haydée, and he gives them enough words to tangle and hang themselves. Rohmer has said, “You should never think of me as an apologist for my male character, even (or especially) when he is being his own apologist. On the contrary, the men in my films are not meant to be particularly sympathetic characters.” A fourth character enters the film, an American antiques dealer, a collector. He sees Haydee as something the men will give him to ensure his business, a beautiful object he expects to collect. He’s a crude and brutal man–we’re not expected to like him and we don’t. He acts as a sort of mirror for the other men, showing what they really are, in a harsh and unflattering light. The men accuse Haydee of being a collectionneuse, using young men for her own shallow pleasure. She says she’s not collecting, she’s searching, and she has never yet had a lover in the true sense of the word. She doesn’t have many words, but she has the most honest and sincere of the words. In the end Adrien leaves her by the side of the road to an uncertain future. He goes back to the house, and this man who is always talking is suddenly afraid of the silence and aware of the loss of something he had not valued at all. “I was overwhelmed by a feeling of exquisite freedom. Now I could do whatever I wanted. But once back in the emptiness and silence of the house, I was seized with anxiety and unable to sleep.”

Tarragon ice cream! Following on the success of my tarragon cookies a few weeks back, I did what any sane person would do and made tarragon ice cream. It’s sooooo delicious, with a haunting unplaceable flavor. I stewed the leaves in the milk of some time, and then I saved a few leaves to chop and add at the end, to give it flecks of color and flavor.

Here’s The Blossom Toes with Love Bomb. They did some music for the film, don’t you know.