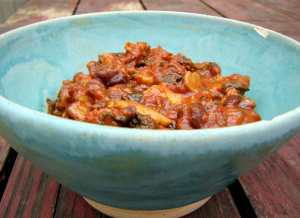 Each day on our way to school, Isaac and I pass a house that half-burned down a few years ago at Christmastime. Apparently it will be torn down before too long, but now it’s oddly beautiful with its charred, inside-out appearance. Many of its lovely architectural details remain intact, but now it feels as though you can catch a glimpse of its pretty bones. The last few times we’ve passed, a giant black vulture has peered down at us from the roof. I happen to think black vultures are remarkable birds–beautiful in their black-upon-black scruffiness. We have a lot in our area, and we’ll see them lined up with gothic gravity on abandoned barns and silos, or perching with unlikely balance on slim branches their weight should snap. They seem social, as they all stand together, long wings stretched in a wide arc to catch the sun. When we passed our local vulture today, my little modern-day Ben Franklin said that he likes turkey vultures better than eagles because eagles kill their prey, whereas vultures just take what’s already dead. They just clean up. So between Franklin and Isaac, we’ve established that bald eagles are thieves and murderers, whereas turkeys are brave, and turkey vultures mild and helpful. It’s funny that we saw the vulture just now, because my boys have spent the week scavenging. Not for carcasses of course (we’re vegetarian!) but for junk. It’s sparkle week in our town, which means that people put out their still-sometimes-useful garbage, and other people pick it up and take it home. It’s a nice idea, really, and many people I know have furnished their house this way, and in quite a stylie style, too. However, if you have two small pack rats, it can become dreadful. Isaac is sparkle-obsessed. He wants everyone else’s half-broken toys. He flies from garbage pile to garbage pile shouting “sparkle! sparkle!” Like some mad trash fairy. He roots through broken glass and dog crap, convinced that a treasure awaits if he only looks hard enough. Malcolm is an admirably efficient sparkler. He found a working door knob, a working watch, a perfect darth vader mask, and any number of small, intriguing objects. I suppose this bodes well for his chances of surviving in a post-apocalyptic landscape. He’ll build us a home of packaging foam and old dressers, and we’ll cook our food on abandoned grills and dismantled ovens. Personally, I’ve always been a little wary of used goods and thrift-store clothes. I can’t shake the idea that they take on the personality of the people that owned them. That they’re imbued with the sadness or happiness of the lives they were part of, and that they become spirits of their own as they pass from person to person. It’s silly, I know! I should saunter down the street, like Malcolm, hand in pocket, flannel shirt catching the breeze, coolly appraising each pile of reusables, happy to be part of the cycle of renewal that takes place each spring in our small town.

I seem to still be making warm and earthy meals, despite the fact that on paper it’s springtime. We’ve had a damp and chilly spring, and I haven’t found mounds of sweet peas, fiddleheads and ramps. Even the asparagus looks thick and woody, and costs a bundle for a bundle. So I’m still in the warm and saucy world of food. I think this would make a nice summer meal, though. It has the appealing color of a sun-drenched brick wall in summertime. It involves red pepper, which is summery, which I roasted under the broiler, but which would be even better grilled. Malcolm loves soba noodles. They’re made of buckwheat, and they have a nice nutty flavor. They go nicely with earthy potatoes and black beans, and I mixed them, in this instance with smoky peppers, smoked paprika and spicy red pepper flakes and jalapenos. You could eat this over rice with tortillas, or even on it’s own as a sort of chili.

Here’s Decemberists’ Sweet Clementine, because I borrowed a phrase for my essay today!