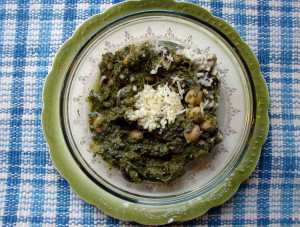 Yesterday we talked about Ivan Karamazov’s devil, and it got me thinking about the long tradition of imaginary friends in film and literature. Ghosts, angels, devils, goblins, spirits, pookas – each representing something important for the character they befriend. These phantasms are concocted from a little kernel of conscience, or guilt, or fear, or loneliness. Sometimes others see them, sometimes they don’t, they’re shifting and dreamlike, and they operate according to their own rules. They’re wise or bewildering, in turn; they speak in riddles, they speak a questionable truth, changing and suspect, like all truths. They’re a nuisance, but they can’t be denied. You can’t accuse them of being a bit of underdone potato and say you’d really rather get back to bed. We’ve got Hamlet’s ghostly father, Macbeth’s ghostly dinner guest, poor Ebenezer Scrooge’s ghost and three spirits, Elwood P Dowd’s giant rabbit, and, of course, George Bailey’s guardian angel. Jimmy Stewart seems to have a thing for imaginary friends! I love these last two examples because they remind me most of Ivan’s devil, in that their relationship with their friend is oddly human – frustrating, complicated, and even humorous at times. Harvey is so well-written! We watched it recently, and I’d forgotten just how full of poetry it is! Elwood, of course, is a very ordinary man, but he’s let go of the reality that held him back, and now he’s in a sort of blissful state of pleasantness. “Well, I’ve wrestled with reality for 35 years, Doctor, and I’m happy to state I finally won out over it…Years ago, my mother used to say to me, she’d say ‘In this world, Elwood, you can be oh so so smart, or oh so pleasant.’ Well, for years I was smart… I recommend pleasant.” His pleasantness shines out of him as a sort of beam, and his thoughtfulness and kindness confuses but pleases everyone around him. He sets his world aglow with his kindness – touching off the same sort of warm light in everyone he meets. “Harvey and I sit in the bars… have a drink or two… play the juke box. And soon the faces of all the other people they turn toward mine and they smile. And they’re saying, ‘We don’t know your name, mister, but you’re a very nice fella.’ Harvey and I warm ourselves in all these golden moments. We’ve entered as strangers – soon we have friends. And they come over… and they sit with us… and they drink with us… and they talk to us. They tell about the big terrible things they’ve done and the big wonderful things they’ll do. Their hopes, and their regrets, and their loves, and their hates. All very large, because nobody ever brings anything small into a bar. And then I introduce them to Harvey… and he’s bigger and grander than anything they offer me. And when they leave, they leave impressed.” And then there’s Clarence, George Bailey’s guardian angel. “That’s what I was sent down for. I’m your guardian angel.” “I wouldn’t be a bit surprised…you look about like the kind of an angel I’d get.” His angel is just like he is! Disappointed, kind, well-meaning but baffled. They need each other, they’re connected, and they’re oddly good friends.

So today’s Sunday Collaborative Playlist is on the subject of ghosts, devils, angels and spirits. Some sort of interaction with a human would be nice, but a good song is a good song! I’ll make it collaborative, so feel free to add what you like. I think it’s a very good list, so far! It would make a good soundtrack for a halloween party! And for bonus points, can you think of any other examples of imaginary friends in film and literature? I’ve been racking my brain for a few that are just on the edge of my memory.

We made savory french toast out of the honey oatmeal walnut bread. We spread it with a bit of truffle butter, scattered a little mozzarella cheese on, so that it melted, and then topped it with pureed broccoli rabe and pesto mixed with chickpeas and olives. It was delicious! So delicious that I don’t have a piece of french toast left to photograph. I wasn’t going to tell Malcolm he couldn’t have another piece, just so I could save it for a picture! That would be crazy! This was a quick, easy, satisfying, comforting winter meal. I added a little smoked paprika and rosemary to the french toast, which was nice. This would work with any bread you like, and it would be fine without truffle butter, although that did add a beautiful facet of flavor.