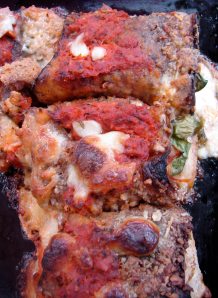 I’ve been thinking a lot about failure lately, and by association, about success. It all started when I read an incredibly patronizing article in The Guardian about Michelle Obama’s new book American Grown. To me, writing a book about gardens, having it published, and then actually mentioned on The Guardian, even in a negative and snarky way, would be a huge success. But apparently, for Michelle Obama, it’s an embarrassingly domestic and female abandonment of her successful career as a lawyer – of her intellectual pursuits. (How is writing a book not an intellectual pursuit? How?) This article put me in a tizzy on so many levels that I can’t respond rationally. Firstly, it seems so sad to me that we spend so much time tearing other people down, and deciding that they’re not successful. And, of course, there’s the old debate about whether or not a woman’s traditional work, of raising children and feeding her family, is valuable in any way. And as for gardening! It will come as no surprise that I find growing a garden, and cooking the food that you grow, a noble pursuit. When we visited Monticello, the tour guide told us that of all of Jefferson’s achievements, he was most proud of his garden and his farm. Of course his farm was only a success because of the people that worked it, and was a financial success because he didn’t pay those people, he owned them. Which, as a way to live, is no kind of success at all. As for myself, I feel like the person Churchill described when he said, “Success is the ability to go from one failure to another with no loss of enthusiasm.” By most standards, I’ve probably failed at everything I’ve tried to do, but I only feel like a failure when I let myself feel sorry about it. I’ve succeeded at making two feature-length films, but I’ve failed at having them distributed. Would it be better if I’d never tried to make them? Surely not! And yes, I’m a “homemaker” and a “mother” and I’m not even first lady, I haven’t published a book, I haven’t started a national campaign to fight childhood obesity. I never had a successful career as a lawyer, or as anything else for that matter. Forget staying home with children – I stopped looking for a full-time job because I didn’t want to leave my dog home alone.I would love to have a career. I’d love for somebody to be able to refer to me as their “colleague,” I really would. I admire mothers that have careers. Someday, maybe, I’ll do something useful for society. Oddly, I don’t feel like a failure, most of the time. I like the balance in my life. As long as I can persuade myself to cheerfully pursue things I’m passionate about – to write stories nobody will ever read, and make films nobody will ever see – I feel alright. As long as I can make a meal and have David or one of the boys look up with a smile and say, “this is lovely!” I’m doing fine.

Which is what happened when I made this eggplant rollatini. It’s a simple dish. Long strips of eggplant, marinated, breaded and roasted, lined with slices of roasted red pepper, thin pieces of mozzarella, and an almond “ricotta.” I thought the almond ricotta turned out very good. Obviously, the meal isn’t vegan, because it contains an egg and mozzarella, but if you left those out, it would still taste good. The almonds added a lovely, deep, sweetish flavor to the very savory and tangy tastes of eggplant and tomato sauce.

Here’s Bob Dylan with Love Minus Zero/No Limit. “She knows there’s no success like failure
And that failure’s no success at all.”
END_OF_DOCUMENT_TOKEN_TO_BE_REPLACED