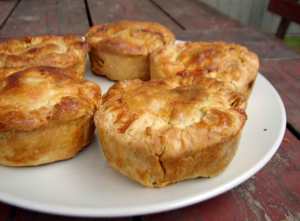 This weekend marks not only the second anniversary of The Ordinary, but the first anniversary of Clio’s stay in our house, as well. She’s lived with us a whole year! I remember when I went to get her. She was an hour’s drive away, and I was so nervous I felt sick. After weeks of begging for a puppy like a spoiled child, and nights of being sure someone else would adopt her first, I had gotten my way and I was plagued by saucy doubts and fears. Clio had met twenty other prospective families, or so her foster mother had said, and none were right for her. Would she like me? Would I like her? There was another family there to meet another dog. This dog was older, very calm and quiet and frightened, and the foster mom said, “Yes, she’s very good, you’ll have no problems with her.” And then she said, “But I’m not sure about this one,” and let Clio out of her cage. She bounced with joy! She jumped in my lap and licked me madly! She jumped in the lap of every member of the family there to meet the calm dog! She tried to kiss the man behind the counter! And that was that, she came home with me, and she’s been here ever since. People who know me get sick of hearing me say all the things I like about Clio, but it’s her anniversary, so I’m going to tell you here. I love her paws!! She’s a rough and tumble dog’s dog, but her paws are surprisingly elegant. They’re white and silky, and she holds them like a dancer. When she lies down she crosses them, and she’s got many different styles of cross-paws. There’s demure cross paws, and ballerina cross paws, and the extreme, one-arm-slung-over-the-other-I’m-so-glad-you’ve-joined-me-in-my-library-for-a-cognac-in-our-dressing-gown cross paws. Her paws are very speaking, she grabs hold of you and tries to make her wishes known, but we’re so slow! I love the way she sings when she’s nervous. I love the way she hugs–she stands and hovers for a moment and then puts one paw on either side of your waist and squeezes and whuffles. I love the way she cuddles, and especially the way she waggles her head contentedly when she lays it on your arm or leg, as if to get as close and comfortable as possible. I love her sweetness…she loves every dog she’s ever met, even though she’s been bitten badly twice. I’ve never heard her growl at another dog. And she loves most people, unless they’re wearing sunglasses or excessive cologne. And I love the way that she’s leapingly happy, jumpingly joyful. So, in honor of the anniversary of her stay here, today’s Sunday interactive playlist will be on the subject of jumping, leaping, hopping, bounding, bouncing.

This is the dinner I made for David’s birthday. It’s a very fancy Ordinary dinner. It employs some Ordinary staples, such as french lentils and roasted mushrooms. It’s autumnal, because it also has roasted butternut squash, smoked gouda, and pecans. I made it in big muffin tins, with large holes in them, but if you don’t have those, you could make little free-form galettes and they’d be just as tasty.

Here’s a link to your interactive playlist. Keep bouncing!
END_OF_DOCUMENT_TOKEN_TO_BE_REPLACED