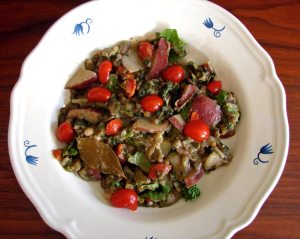 In which Claire goes on and on about The Two of Us, part 2 of 2.

Did I mention that we recently watched the Claude Berri film, The Two of Us? Oh, I did? I’ve told you that I loved the film, and some of the reasons why. But there was more to it than that. The film spoke to me, about things I’ve been thinking about the last few weeks. I saw myself in some of the characters in a way I don’t usually with most films. I wonder if everybody feels that way when they watch The Two of Us, because the film is so human and honest that it feels universal? Such specific things resonated, though. An old, old dog, loved more than anything in the world. A bright, energetic 8-year-old boy, who doesn’t quite understand why you’re upset by the way he acts. The father’s anxious-angry-loving face was so dear and familiar. And then there were the animals. Pepe is a vegetarian. Not a common or popular position in the French countryside at the time, it would seem. The rest of the populace was trying to find a way to scrounge some meat during the deprivations of WWII, but he proudly announced that he only ate vegetables. By choice. Not because that’s all the rations allowed. His wife raised, killed, and cooked rabbits. But to Pepe, that wasn’t an option, because he knew the rabbits. He loved the rabbits. Exactly in the way he loved Claude, though he was a jew, because he knew him. It reminded me of the film The Shooting Party, in which a parallel is made between children who save their pet duck from a duck hunt, as though she’s the only duck that matters, because she’s their duck, and the fact that the accidental shooting of an old man is only important because they know him. All this in the context of WWI, in which surely it was only possible to kill other humans in fear and ignorance, because you didn’t know them, and they were the enemy. In the way Claude, the little boy, would have been to Pepe, before he knew him.

Anyway…I wanted to make something to go with my couronne bread, and I decided to make something Pepe might eat. So I made a ragout, which as I understand it is a stew substantial enough to be a meal. This was hearty, because of the potatoes and french lentils, but they weren’t the stars of the show. We also had zucchini, broccoli rabe and tomatoes, and white wine and capers for brightness. So it had a certain lightness, despite being completely satisfying. Not the prettiest thing I’ve ever made, but right up their with the tastiest.

Here’s Nina Simone with Turning Point. A devastating, complex song, told with the simplicity of a child’s voice. A revelation of prejudice that makes it all seem so idiotic and unnecessary.
END_OF_DOCUMENT_TOKEN_TO_BE_REPLACED