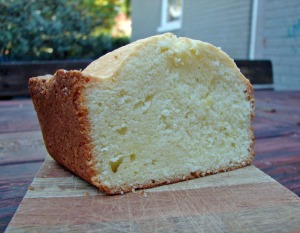 In which Claire, who doesn’t speak french, bakes her way through a french cookbook from 1962. I seem to have gotten into the habit of talking about a french film as well as a french cake each week! I like that idea, so this week will be no different. The last few weeks I’ve spoken about films by Agnes Varda, and I’ve been thinking since about films by certain female french filmmakers, and about the significance of writing about them in the context of a food blog. For some, like Agnes Varda, it became important to have a new language of film – a language created by women…a new way of looking at women and showing their lives, a new rhythm to the film, a new way of asking questions instead of providing answers. 35 Shots of Rum, by Claire Denis, is a beautiful, mesmerizing film, with engaging actors and a glowing underwater light. And it feels, to me, as though it fits in this tradition of telling a story in a new way, not following accepted rules and expectatations. If you watch the trailer, you won’t get an idea of the pace of the film, because the nature of a trailer is to show big, punchy dramatic scenes; in 35 Shots of Rum, all of the important decisions and conversations happen when we’re not watching. What we see is compelling shots of every day life – buying a rice cooker, cooking rice, eating dinner, going to work, riding home from work. The drama happens on the edges, and outside of our view, but we feel more intimately connected to the characters, and care about the drama more. It’s also a very quiet film, and as I love silent moments and expressive gestures, I’m a big fan of this scene, which has, quite rightly, gotten a lot of attention. It’s a nearly wordless scene, full of grace and power.

This cake! It’s really just a pound cake, in the traditional sense, in which you have equal parts eggs, butter, flour, sugar. You measure the eggs, and then measure everything else to be exactly the same. It’s got no leavening, no salt, no vanilla. It does have a bit of lemon zest. It was very delicious, with a lovely dense but light crumb. We ate it with a compote made of apples, blackberry jam and cassis and some whipped cream. And it was nice the next day with coffee. If you don’t have a kitchen scale, I’ve provided some measurements that should work!

Here’s some music by the Tindersticks, accompanying the opening scenes of 35 Shots of Rum.