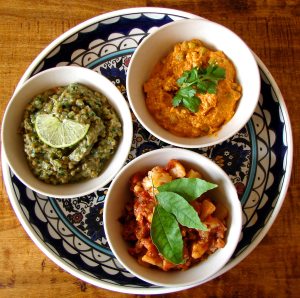 “This is my first sous chef job!” Said Isaac, brightly, as he stood on a chair before the stove, watching a pot of milk. It turns out watched pots do boil! What else have they lied to us about?

Isaac and I were making paneer. Here’s how it all went down…I felt a little bad that I hadn’t spent much time cooking with Isaac. It’s nice to have something special with Malcolm, but I was worried that Isaac might feel a bit left out. So I’ve been trying to think of something fun to make that Isaac likes. I noticed that whenever we get Indian food, Isaac goes crazy for paneer, the soft, white cheese. He’ll even eat spinach, if it has paneer in it. Paneer also happens to be quite fun and easy to make. So that’s how Isaac got his first job as sous chef. He made the sauce to cook the paneer in, as well. He chose all the spices, and the main ingredients, and described the taste and texture that it should have.

On the way home from school, Isaac said he couldn’t wait to get home and be sous chef. Malcolm said Isaac was the sous sous chef. Isaac said, “Mommy is the over chef.” Malcolm said, “She’s the ogre chef!” I can live with that title! 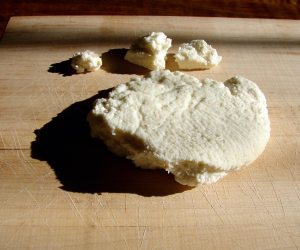 As you will no doubt remember, we just went to Patel’s Cash and Carry on our Super Bodega Traveling adventure, and I had some ingredients I wanted to try out! So we made a meal with lots of little dishes. Isaac’s sauce had peas and tomatoes and cashews. It was a warm, earthy sweet dish. To go with that, I made a light saucy dish with punjabi tinda (baby Indian pumpkin) and cauliflower; and a very green dal, with whole moong dal, bay leaves, curry leaves, jalapeno, cilantro, lime, and ginger. I added a little black salt to this one as well – it’s a volcanic, sulfur-y salt, that adds a very distinctive flavor! Everything went very nicely together. I tried to make dosa, too, with my new urad flour. Complete and utter failure. Curses and frustration! I’ll try again, sometime, once I’ve recovered.

My friend Chris is playing DJ for this post, and he suggested the perfect song (and video). As he said, it’s a saucy little number! It’s Asha Bhonsle singing a song from Jewel Thief, Baithe Hain Kya Uske Paas.
END_OF_DOCUMENT_TOKEN_TO_BE_REPLACED