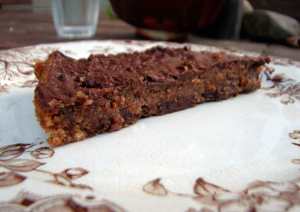 The other night we built a fire in the backyard, we toasted marshmallows coated in nutella (Malcolm’s idea) and then we brought out the instruments. I played ukulele, Malcolm played his real guitar, and Isaac played his toy guitar. Malcolm knows three or four chords, I can play a few chords, but I can’t remember which ones they are, and Isaac knows no chords and his guitar is untunable. What a cacophony!! The neighbors love us! Isaac wrote a little song, and this is how it goes…

WAIT! WHAT? Twenty-five birds on your shoulder? What? Why? At that point I interrupted his song because I was so taken with the idea of Isaac with twenty-five birds on his shoulder that I wanted to hear more about it. Why were they there? What did it mean? But I couldn’t get him to clarify, and he had already taken himself to the bridge and beyond and there wasn’t any going back. Well! First of all, it’s true, nobody ties shoes like Isaac. Nobody. Second of all, how nice is it to hear your son write a song about being good at things? It’s a confident song. It’s good to hear. So I sit here with twenty-five birds on my shoulder, writing this to tell you about today’s Sunday interactive playlist. It’s songs about being good at things. They can be vaguely boastful bragging songs, of course, but extra points for songs about being good at specific things.

This was a good cake! It was too good! It was almost like fudge. It has no flour, so it’s dense and soft, but it does have pecans, coconut and chocolate. It has chocolate on top, too, which gives it a bit of crunch, and makes it like a big soft chocolate bar. It was very very easy to make, I did it almost all in the old food processor, which seems to be my new cake-baking technique.

Here’s a link to that playlist. I need some help with this one! I’m drawing a blank. Add your own, or leave a song in the comments and I’ll add it through the week.
END_OF_DOCUMENT_TOKEN_TO_BE_REPLACED