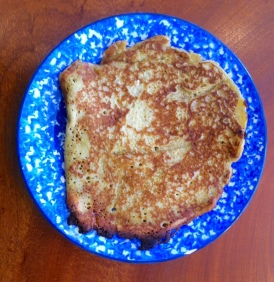 “It’s like you have a dog with you at all times you have to worry about.” Said Malcolm.

“An imaginary worry dog!” I cried, loving the idea. (Our very real dog and actual perpetual source of worry had been left home for this trip.)

Isaac said, “Mom always has to worry because she’s always with Clio or us, for her to not worry she’d have to go on a walk all by herself.”

Last time I wrote it was blizzarding, and now it’s snowing pale petals and golden sycamore seeds. After a slow start, we’ve had a rare spate of perfect spring days, and the boys and I are going on an adventure. Usually David is their man for adventures and I drive the getaway car. But David is too tall for this adventure, and though it’s my lack-of-height that gets me invited, I’m still honored that they want me along. They discovered a special secret place and they want to show it to me. Am I going through a list of possible dangers in my head? Of course I am. Malcolm assures me, “Really, mom, the hazards are few.”

It’s a pair of tunnels that run off the canal under the path on the other-side-of-the-canal to a strange sort of pond in the-secret-passage. It’s a new place they’ve discovered under a familiar place. An unknown hollow under ground we’ve walked hundreds of times. The entrance is a strangely pretty concrete ditch, and the tunnels themselves are dull concrete and lined with a trough of dark boggy mud. But there are small seedlings growing in the muck, spindly and skinny and stretched towards the light. And the light on the other side of the tunnel is spring distilled–glowing and green. To me the tunnels could lead to a magical world, and to the boys they’re  a good place to hide in a post-apocalyptic world-at-war scenario. Which tells you all you need to know about how children’s literature has changed in the last few decades.

They show me how to walk with your feet on either side of the tunnel walls, so that you don’t fall in the bog; they point out impressive spider webs above our heads; they adorn the walls with their own graffiti tag in white crayon. They cut away the thorn bushes from the far entrances of the tunnels so we can stand on the edge of the pond, and they’re sad that it’s filmed with gasoline. People think they’re so powerful, Malcolm says, but they make garbage and coca cola and guns. Malcolm wants to stay for hours and eat sandwiches perched over black mud and garlanded with spider webs. But I’m ready to go home.

While we’re walking home I worry about worrying too much and worry about the boys knowing that I worry too much. Popular knowledge dictates that we should emulate the good old days, when parents stayed indoors smoking and day-drinking while their children ran wild on train tracks and super-highways and incurred character-building injuries. But surely, as in all things, there has to be a balance. I don’t lock my boys indoors; they’re not terrified of the world. They’re curious and adventurous and scared of most scary things and scared of a few not-very-threatening things, like everyone else on the planet. They roam our town. That very day they went back to sit in the tunnel and watch birds and spy on people walking on the path above. They sat until the thrill wore off and a savage goose chased them away, then they went for a ramble in the secret passage. They were gone a while. The fact that they knew I worried made me worry less. They came home safe and told us stories.

These were a sort of cross between a flatbread and a crepe. Easy and fun to make, and very tasty. Everybody liked them. We ate them like pita bread, with croquettes, lettuce, tomatoes and sauce inside. And the next day Malcolm wrapped them around scrambled eggs.