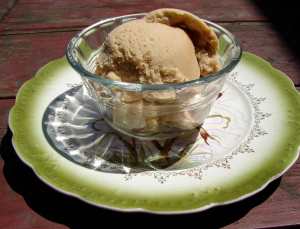 Hey! It’s a funny word, isn’t it? On its own it doesn’t mean anything–it’s not much of a word, really. Given the right inflection, it can speak volumes. Are you getting someone’s attention? Challenging them to a fight? Trying to pick them up? At a loss for the right word to express the intensity of your emotions? Hey, baby, you’re not the only one. I’m a big fan of non-verbal and barely verbal communication. Sighs, gestures, expressions, ums, ahs, shrugs. I find it fascinating that they can be universal, but they have their own sort of dialect, as well, within each language and part of the world. I think of “Hey!” as being very American: brash, overeager, a bit rude, very immediate–it almost comes with an exclamation point built in! But it can be gentle as well, and poignant. As Big Bill Broonzy says

With my arms all around you, baby,
you know, that’s all I can say is hey

So today’s interactive playlist is HEY songs. My readers recommender friends will recognize that I’m plagiarizing my own ‘Spill post from some years ago, but, hey, it’s a good topic, and I wanted it in my collection of playlists here on The Ordinary. I’ve added some ‘Spillers suggestions from that time. My non reader recommender friends will have no idea what I’m talking about. ‘Spill? What’s this ‘Spill?

I love champagne mangoes, so smooth and sweet and almost piney. I bought one a while back, and I kept waiting for just the right moment to eat it, and as so often happens, I waited so long that the moment passed, and it was too ripe. So I made it into ice cream. I made a spicy ice cream, with cayenne and ginger and cardamom, because I love the contrast of spicy and creamy-cool. I cooked the mango with the milk, which made it taste almost like bananas somehow. I think you could probably just puree it and add it raw. I’ll try it sometime, and let you know how it goes.

Here’s your link to our interactive HEY! playlist. Add what you like, or leave a comment and I’ll try to add it when I have time.

END_OF_DOCUMENT_TOKEN_TO_BE_REPLACED

We watched Akira Kurisawa’s Ikuru the other night. It’s so beautiful – mournful and hopeful, discouraging and life-affirming all at the same time, and it seems to me to portray certain tenets of Ordinaryism. In English the title means “To Live,” and the film tells the story of Kanji Watanabe, a middle-aged, middle management bureaucrat.

He works at city hall, a kafkaesque maze of offices, hallways and stairways. Every surface is covered with teetering piles of paperwork, which threaten to cave in and bury the (mostly) men who work there. They keep their heads down as they do their monotonous work, and seem to do just enough to get by. A group of women complain about a disease and mosquito-infested cesspool, and they’re driven from department to department in a sort of hopeless joke that everybody is in on but them. Everybody knows that nobody is going to help them.

Watanabe, a quiet man with huge, expressive frightened-rabbit eyes, learns that he has stomach cancer, and realizes he has less than a year to live. He’s not ready to die, because he’s never really lived. The next few days unfold in great detail – he meets a novelist, and they hit all the nightspots. He meets a young woman from his office who needs his help to quit her job. And then in an odd but oddly effective twist, the film shifts to six months later, and is told in a series of flashbacks by Watanabe’s co-workers.

So that’s the story. And you should know that it’s visually beautiful – full of graceful, thoughtful space and movement. As Watanabe is consumed with self-reflection, as he examines his life, we see him through windows, through waving panes of glass, in mirrors, through gleaming rows of glasses. The film itself has a pale, cloudy light that washes over you in waves as you watch.

And now to the Ordinaryism. From the first, Watanabe is established as an ordinary man. Nothing about his life is glamorous or even all that interesting, until we learn that he’s going to die. And here’s the beautiful extraordinary ordinary part…in his search for some understanding of what it means to live, he doesn’t become a less ordinary person, he doesn’t have a fling with a celebrity or go on an extravagant shopping spree or hang glide over a volcano. (As he might do in a Hollywood film.) He goes back to work! Back to his same job. He finds his way after spending some time with the young woman who recently quit her job. She represents life to him. She’s brimming over with it, she laughs, she chatters, she eats. (Everywhere they go, she eats her food and Watanbe’s as well, because he has no appetite. I love the fact that her hunger and her obvious enjoyment of food is one of the things that marks her as bright and vital.)

And do you know what she does that makes her so happy and glad to be alive? She works in a factory! Making toy rabbits. But she loves the toy rabbits, and she says that while she makes them she feels as though she’s playing with every baby in Japan. She tells him he should make something. And that’s when it all becomes clear to him, and he goes back to his job and pursues it with a passion, and uses his office to make something good. Because, like everybody else in the world, he’s been extraordinary all along. As Martin Luther King Jr. said, “No work is insignificant. All labor that uplifts humanity has dignity and importance and should be undertaken with painstaking excellence.” 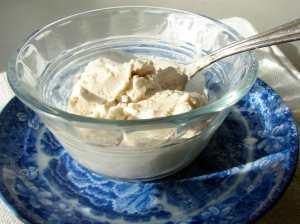 Holy smoke! I’ve gone on so much longer and more tediously than I intended! I apologize. I would like to tell you about these ice creams though. I was seized with a desire to make ice cream, as one usually is the coldest week of the year! I wanted to try something a little different. The first ice cream is sugar free. It’s made with honey!! I’ve made honey ice cream in the past, but it had sugar, too, and this one doesn’t. It does have cinnamon, nutmeg, ginger, allspice and cayenne. I thought it was so good! It had such a lovely hot and spicy zing to go with it’s cool creamy sweetness. The second ice cream had no eggs. Instead of a custard, I thickened the milk by cooking it down, the way one would make dulce de leche or ribadi. I also cooked it with ground almonds and coconut, and then I added a bit of cardamom. I thought it was lovely as well. It had a nice texture, with the coconut. I might try the same method again without the coconut and almonds, though, just to see how it turns out!!