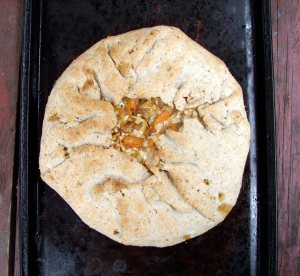 We’re making great leaps in swimming this summer, here at The Ordinary. Isaac learned to swim. It’s a breath-stoppingly cute move. His be-goggled face takes on a look of fiendish glee as he plunges into the water. He squiggles and flounders his little arms and legs until you don’t know if he’s rising or falling, and then he pops up, triumphant and joyful. And Malcolm, who can now do a front flip off the diving-board, invented a new stroke suitable to his sleek water animal status. No splashing, no flailing, just a smooth squiggle move that propels him through the water. We were at a pool in the poconos this week, and I was catching my bubbly little Isaac as he popped out of the water, when I chanced to hear the words “cabbage,” and “beets.” Well! A food conversation. I decided to eavesdrop. Four older men and women were bobbing tranquilly in the water, oblivious to the childish chaos all around them, sharing recipes for stuffed cabbage. They all had very definite ideas about how it should be made. One suggested the importance of making your own lard. He buys a slab. A slab of pig? Exactly. A woman in a purple bathing cap, balancing with odd solidity on a giant purple styrofoam noodle, declared that she doesn’t use lard, because she “doesn’t eat the fat.” Klondike bars, however, she’ll eat five a night! Despite the triglycerides! They decided to get together for dinner. To cook. I’d love to see that! I really would.

I have some cabbage from the CSA. I decided against stuffing it with klondike bars and lard, and opted instead to make a galette. I wanted it to be sweet and cripsyish, but also soft and comforting. I like cabbage when it’s very lightly cooked, so that’s how I approached this galette. I made a walnut crust (surprise!) and threw a few handfuls of toasted walnuts into the filling as well, for crunch. I was determined to add potatoes to the filling, and so I did, after frying them in olive oil. They were lovely! I flavored it with tamari (in a nod to moo shoo vegetable, which is one of the few cabbage dishes I like), white wine, and basil, tarragon, and thyme. I think it turned out really tasty! David liked it, too, and he’s not a fan of cabbage in any form. Score!! It’s not the prettiest thing you’ll ever make, so serve it with something colorful and crunchy, like a crispy salad with lots of fresh tomatoes and basil. 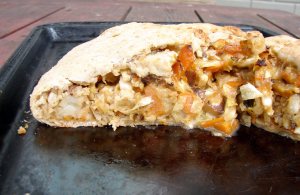 Here’s Goin up the Country, by Barbecue Bob.
END_OF_DOCUMENT_TOKEN_TO_BE_REPLACED