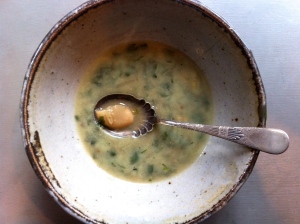 Reverend Gary Davis was born in Laurens, South Carolina in 1896. He was born partially blind, and became fully blind as an infant. He was the only one of eight children to survive to adulthood. His father was killed when he was ten, his mother didn’t treat him well, so he went to live with his grandmother. He taught himself guitar, and invented a way of playing with many voices at once. In the twenties and thirties he was active in the Piedmont blues scene, and made some recordings. He became a Baptist minister. He moved to New York City in the forties, and performed as a street musician for a while before being rediscovered during the folk revival and becoming very popular with lots of rock stars of the day. All of these are facts straight from the wikipedia, but what the wikipedia can’t tell you is that his music is phenomenal. Such a perfect combination of exquisite technical skill and deeply sweet soulfulness. Such a perfect balance of heavy darkness, which we recognize as part of everybody’s life, and of the hope and humor that make it bearable. Such strange poetry to describe feelings that we all have. I’m flabbergasted (to use one of Malcolm’s vocabulary words) by his music, and by the fact that I haven’t discovered him earlier. I must have heard a song here or there, but I couldn’t have been paying attention, because I wasn’t stopped in my tracks and incapable of doing anything but listening, as I have been all week, steeped in his music.

I’m so obsessed with Reverend Gary Davis at the moment that I wanted to make this Sunday interactive playlist all about him. But we obviously need a bit of diversity, so I decided to pick something that he’d fit into nicely. As well as many chilling and beautiful songs about death, sin, and the afterlife, he’s got some beauties about life and love. And he has quite a few versions of Candyman. This being valentine’s day weekend, I decided that was the direction to take. So this week’s Sunday interactive playlist is on the subject of sweets. Of course songs about candy are never really about candy, are they?

This soup was perfect for a winter’s night. Flavorful but simple. Hearty but brothy and bright, and with the springlike greenness of tarragon. Not at all hard to make.

Here’s a link to your interactive playlist. Add what you like, or leave a comment and I’ll add it through the week.

END_OF_DOCUMENT_TOKEN_TO_BE_REPLACED 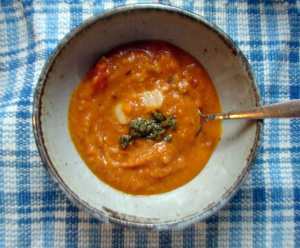 I’ve said again and again that I don’t accept society’s definition of success. I’ve gone on and on explaining that I don’t always value what we’re supposed to value. I like to try to maintain my own definition of what makes a person successful and therefore happy, of what is worth working for. But let’s face it, sometimes it all comes crashing down around you, sometimes it’s just too much effort to think the happy thoughts that keep you aloft and the pixie dust wears off. And then you feel discouraged. I’m sure it happens to everyone, it comes and it goes. But discouragement is of no interest to anyone, so I’ll give you this instead. 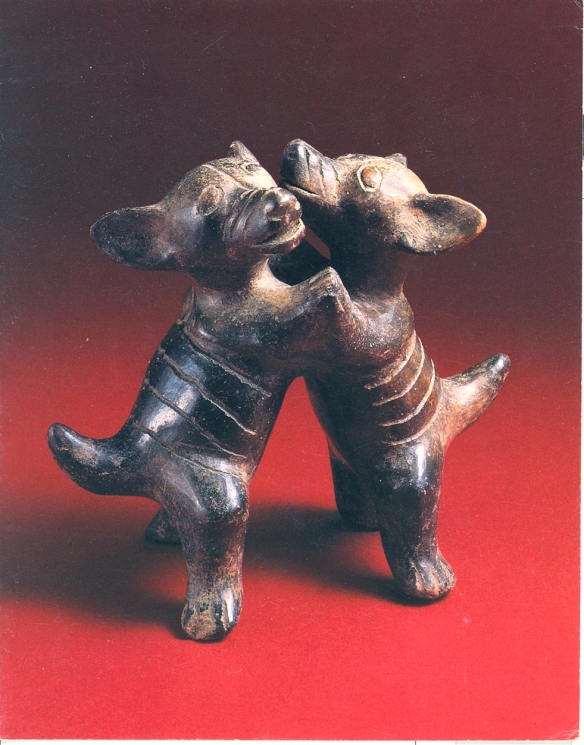 It’s dancing dogs! It’s from 200 BC! It’s from Jalisco, which is in Mexico! It makes me so happy that somebody took the time to make this. It’s so beautiful and joyful and perfect in every way. You can see the original at the Princeton University Art Museum, which is a wonderful place. And today’s Sunday interactive playlist is an easy one. It’s dancing songs, songs about dancing or songs that make you feel like dancing. It will help us all get through these dull grey January days.

And here’s a roasty juicy soup with nice plump butter beans in it and a good dollop of pesto on top. Not hard to make and very tasty. The boys ate it with pasta, as a sort of sauce.

Here’s a link to your interactive play list. Add what you like or leave a comment and I’ll try to remember to add it for you.
END_OF_DOCUMENT_TOKEN_TO_BE_REPLACED