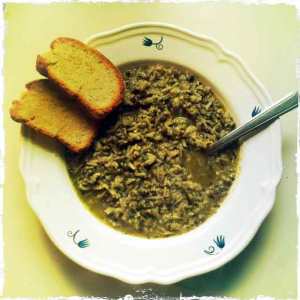 For as long as I can remember, Isaac has asked for one thing (well, he’s asked for lots of things–this boy loves toys!). But his highly detailed and elaborately illustrated wish lists for birthdays and christmas have always included one particular toy: a caped Boba Fett. Did he see one, once, when he was very little, a vision of the perfect Star Wars guy, the very model of a model of a modern masked intergalactic bounty hunter, who will live in his memory forever? I don’t know. The point is that he’s never gotten one, but he never stops asking for it. It’s become a sort of quest, the elusive image of a perfect toy. A guy who can move his arms and legs, and has armor, and has a jet pack and has a cape. (A jet pack and a cape? Kids, don’t try this at home.) Isaac’s not an easily disappointed boy, he’s always happy with whatever presents he does get. The whole thing isn’t ruined because he didn’t get a caped Boba Fett. But he keeps asking. And if we ever saw a caped Boba Fett, we’d get it for him, and we’d be happy that he’s happy. But for now, I like the idea of Isaac not having caped Boba Fett. I like the idea that he could get it someday, it’s an event to anticipate, it’s a happy possibility. Maybe we all need a caped Boba Fett in our lives. Some pleasant perfect thing we’d really like, though can live without. Something to look for in our travels, to daydream about, to look forward to having some day. By the time we find caped Boba Fett, we might all actually have jet packs and morally-ambiguous grey green armor, but until then, we can dream, and Isaac will keep asking, he’ll keep putting caped Boba Fett on his list.

I had some leftover cooked french lentils and french lentil-cooking broth. I thought it would be nice to make risotto, sort of a comforting mujadara-type rice and lentil dish. Well, I didn’t have arborio rice, so I thought I’d try it with basmati instead, fully aware that it would never be as creamy and soft as the traditional type. I made basmatto. I used a combination of lentil-cooking broth and water blended with baby spinach as broth. I roasted mushrooms separately, and tossed them in at the end, so they didn’t become mushy and slimy. This was a very savory, tasty, meaty, satisfying meal. Good comfort on a cold day, and easy to make, too.

Here’s Boba Fett’s theme from the Star Wars soundtrack. Described by Wikipedia as “not music, exactly” … but “more of a gurgly, viola-and-bassoon thing aurally cross-pollinated with some obscure static sounds.” Yeah.