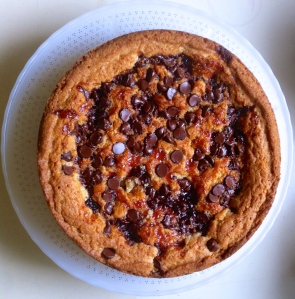 “You know how people mostly draw Yin and Yang as fish?”
“Um, I guess…”
“What if they drew them as wolves instead, packs of black and white wolves?”
“That’s a picture I’d like to see.”
“Of course the chances of it happening are almost zero. But there’s not a completely zero chance of anything.”
“So anything is possible?”
“Yes, everything is possible,” said Isaac trotting down the street and singing, “Yin and yang, sucker. Yin and yang, Sucker!”
I’m in concurrence with Isaac on this one. I believe anything is possible. I always have. I believe most things some of the time. I believe some things most of the time. I believe there are more things in heaven and earth than are dreamt of in our philosophy. I believe there is nothing either good or bad, but thinking makes it so. I believe in chance and coincidence and luck. I believe if I play a game of solitaire in the morning, whether I win or lose reflects how other things in my life might turn out. Not that it will change the outcome, but it will predict it, like the augers of ancient Rome. Do I really believe this? Naw, no, of course not. Mostly no. But not zero chance no. And the thing I mostly play for these days is my novel and my stories. Will they ever be published? Will anybody in a position of any power in any editorial department in the world like them at all? Will the next message I get be from somebody who likes my writing? No. No it won’t. It will be from somebody trying to sell me something. Somebody asking for money. I know that. There’s a 99.9% chance of that. And although I honestly believe that most people who get their work published are genuinely talented and deserving, and if something’s really good it will get seen (as they used to tell us at the independent film festivals), I believe for me, if anything gets published it will be sheer dumb luck that the right person sees it and likes it. Despite all of my considerable soul-crushing efforts to contact agents and publishers, it won’t be any of those. It will be some weird connection I didn’t even know I’d made. Like when I’d made my second film and I applied for all kinds of grants and submitted it to all kinds of people, but it was some guy that saw somebody else watching it on a monitor across a crowded room that ended up giving me a grant. And I was thinking that maybe I have a little bit of luck set aside for me on a certain day, and it could go towards stories or novels getting published, but maybe instead I win something stupid in a cereal box, or I get a coupon in the mail for something I don’t even want, and that’s my luck for the day. And then, maybe, I don’t even recognize all the luck I have every day, because it’s bigger than any petty thing I’m thinking about. Maybe I drive down a road at the exact time that flocks of blackbirds are forming and reforming in dizzy formations over my head. Maybe I go for a walk with Malcolm and he tells me “Yellow can be lemon or banana, and I’m cool with both of those.” And then he continues with a reasoned monologue on the merits of various candy flavors despite the fact that I’m laughing so hard I can hardly walk. Maybe that’s the lucky thing, having that chance to be with these crazy people who tell me these crazy things that make me bursting glad to be with them. And I know I know about all the lucky things so precious I can’t even talk and can barely even think rationally about. And of course I believe in fate, too, and meant-to-be, because there’s just as great a chance that this is true as anything else. And I’ll take it, I’m cool with both of those. Yin and yang, sucker, yin and yang.

In a food processor, cream the butter till light and fluffy. Add the sugar, beat again. Add the egg and vanilla and process until smooth.

Add all of the dry ingredients and process for quite a while until very smooth.

Lightly butter a cake pan. I used quite a small one–eight inches across with 2 inch high sides. You could use a wider, shallower pan, just watch the cooking time. Pour the batter into the pan.

Mix the jam and rum in a small cup, and spread this over the cake, leaving a border of about 1/2 inch all around. Sprinkle the chocolate chips over the jam.

Bake for about half an hour, till the edges are golden and it’s pulling away from the sides. You can stick a knife in the center, and if it comes out clean, it’s done being cooked.

5 thoughts on “Almond cake with jam and chocolate”