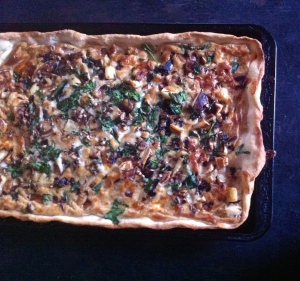 Well I finally finished reading Zola’s Nana. It took me an embarrassingly long time to get through it. I enjoyed it and admired it; of course it’s  well-written, but the truth is it made me a little sad and it’s hard to spend too much time in Nana’s world. None of the characters treat her very well, and neither does Zola himself. It’s not just that he’s cruel to her with the plot, although he is. He’s not kind to her with his words, or with the words he has her speak. I don’t think it’s intentional on his part. He wanted her to be a sympathetic character, he didn’t want her to be held responsible for all of the destruction that occurs. In his notes about her, which he assembled before he wrote the novel, he describes her as “…good-natured above all else. Follows her nature, but never does harm for heart’s sake, and feels sorry for people.” But just as she becomes “…a ferment of destruction, but without meaning to, simply by means of her sex…” so she also becomes a character Zola can’t completely realize or embrace, because he knows he doesn’t understand her and he fears her power. Zola’s style of writing is very straight-forward and unadorned, almost documentary. I learned in the introduction to my version that Zola published a work called The Experimental Novel around the same time that Nana came out, in which he said that “imagination had no place in the modern world, and that the novelist, like the scientist, should simply observe and record, introducing characters with specific hereditary peculiarities into a given environment–just as the chemist places certain substances in a retort–and then noting down the progress and results of his “experiment.” So Nana reacts to the world around her, and vice versa, because of “hereditary peculiarities” and because she’s a woman. But of course a novel isn’t scientific, and relations between anybody, either real or fictional, are never predictable. Even in reality, we create the people in our life. We take notes on their character, we make decisions about them and expectations about how they’ll act. And sometimes we’re not kind about it, particularly if we don’t understand them or fear them because they’re different from us. For the most part Zola maintains the cool clinical tone of an observer. But to me the novel is most beautiful when people behave unexpectedly, and when Zola’s language bursts through with emotion and poetry. Nana has many lovers, but there’s only one person she seems to actually love, who seems to love her, Satin. Satin calls to her, “Come along! Come along!” and “Nana undressed in the dressing-room. To be quicker about it, she took her thick mass of blonde hair in both hands and began shaking it above the silver wash-basin, so that a shower of long hair-pins rang a chime on the shining metal.” What a perfect poem of anticipation! It’s a kindness, a gift, this moment and this love, no matter how short-lived. In literature, as in life, everything is more beautiful when it’s messy and unexpected and we don’t decide about it beforehand.

I’ve been making lots of pizzas lately! I always make a “normal” one for the boys, with marinara and mozzarella, and then I make a weird one. I’ve been experimenting with lots of almost-pesto sauces, which are almost more like savory frangipane. And this one was no exception. It had a pecan sauce, which I actually made earlier in the week to have with kofta. I added an egg and a little smoked gouda and topped it with roasted parsnips and caramelized shallots. Smoky, savory, a little sweet. Nice.

Here’s Nantes by Beirut, because it sounds almost like “Nana” and it’s got the French connection.

(enough for two largish pies. I generally make one with red sauce and mozzarella for the boys, and a “fancy” one for us)

In a large bowl combine the flour, pepper, and salt. Make a well in the center and add the yeast mixture and the olive oil. Stir well, and add enough warm water to form a soft dough. You want it to be as wet as it can that you can still comfortably knead it. Knead for about 5 minutes until soft and elastic. Put about 1 tablespoon of olive oil in a large bowl. Roll the dough in this so that it’s evenly coated. Cover the bowl with a damp cloth and set aside for two to five hours, till it’s doubled in size.

Combine the pecans, garlic, rosemary, smoked paprika, milk and eggs in a blender or food processor and whiz until mostly smooth. Add half the mozzarella and all of the gouda and process again. Season with salt and pepper and set aside.

Preheat the oven to 425. Clean and peel the parsnips and cut into pieces about 1/2″ thick. Add enough olive oil just to coat each piece, and spread in a single layer on a baking sheet. Roast for about fifteen minutes, stirring frequently, until the parsnips are brown and crispy. Don’t overcook, as they’ll cook again on the pizza itself. Melt the butter in a small frying pan, add the shallots, thyme, balsamic. Stir and cook until the shallots start to brown and the pan dries out. Add the wine a little at a time, stirring and scraping the bottom of the pan, and continue to cook until the shallots are all browned and crispy, maybe ten minutes. Season with salt and pepper.

Preheat the oven to 450. Break the pizza dough in two and with your hands spread it in two lightly oiled baking sheets. I like a very thin crust, so I use two fairly big cookie sheets. Try to build up the edges of the pizza to make a nice crust. Prebake the crust for about five minutes till it loses its shine. Cover one with red sauce and mozzarella, or anything else you like. Or save half the dough for another pizza another day.

Pour the pecan and egg mixture into the pre-baked crust. Scatter the mozzarella over, and then arrange the parsnips and shallots on top. Scatter the pecans over.

Bake for about fifteen to twenty minutes, until puffed and golden. Let cool slightly, slice and serve.