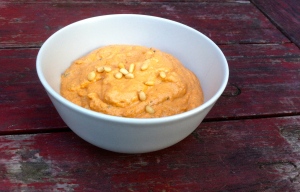 When I was in high school, our English teacher handed us a xerox (or maybe it was a mimeograph, this was a long long time ago). It contained words in sentences, but there was nothing to identify it. No title, no author’s name. We didn’t know if it was fact or fiction, we didn’t know when or why it was written. The sentences were short, simple and strangely repetitive. The words were small plain words, and a few of these unimportant words were repeated from sentence to sentence or within sentences. The story was disarmingly uneventful. The teacher asked us what we thought of the writing, and we were all under-impressed and thought the author had a lot of work to do, tightening the writing and combining sentences and working a little harder to keep our attention, making it a little easier for us to get through the story. We’d been fed certain rules of effective writing for over a decade and we had thoroughly absorbed them. I didn’t think about this at the time, but I’m fairly certain that if the author had sent the first few pages of his manuscript to an agent or publisher today, they’d have given up after the first paragraph, and he’d never ever hear from them. Well, guess what? The author was Ernest Hemingway. That’s right, Ernest Hemingway. And though I doubt any of us had read enough Hemingway to form any kind of opinion about him at that point, we’d heard of him. We knew that other people liked him. He was well-known and well-respected. And suddenly we saw everything differently. The simplicity of the story seemed significant, even profound. The simplicity of the language seemed elemental, important. The repetition made beautiful, resonant little circles of words. And everything we’d learned about writing was bullshit. Well I’m very grateful to this teacher, because I think the understanding we gleaned from this lesson applies to all things, at least all things creative, and I consider life the biggest creative endeavor of them all. Don’t trust platitudes, be wary of easy advice. Don’t “kill your darlings,” your darlings are what make your writing yours. What would the world be like if Dickens or Nabokov had been more restrained, or had edited their work till it was spare and sellable? “Write about what you know” doesn’t mean write about the clumps of dirt in your backyard, it means write about what you know to be true, write with honesty about how it feels to human, even if you’re describing life a hundred years ago, a hundred years hence, or in a world that never existed. Speak with the rhythm in your head, even if you think people won’t understand it or be able to keep up with it or slow down to it. They might find it beautiful in the end. When they realize who you are. And read everything you encounter, everyone you meet, as if you’d love what they do, if you knew who they were.

Speaking of simple! This is one of those simple yet delicious dishes. I bought a little bottle of sundried tomatoes in olive oil. If you buy dried sundried tomatoes, you might want to soak them in hot water (and then drain them) before using them in this recipe. This is a creamy vegan sauce with lots of flavor. You could add smoked paprika or roasted garlic if you want, they’d both be nice here. We ate this with roasted vegetables and chard croquettes one night, and with tacos the next night. You could dip things in it, or spread it on things, or toss it with pasta or rice. I think it would be fine however you’d like to use it!

The Hemingway I spoke of earlier is from his Nick Adams stories, or In Our Time. To this day, I’m not his biggest fan, but I love these stories. Here’s a sample of the language.

As he smoked his legs stretched out in front of him, he noticed a grasshopper walk along the ground and up onto his woolen sock. The grasshopper was black. As he had walked along the road, climbing, he had started grasshoppers from with dust. They were all black They were not the big grasshoppers with yellow and black or red and black wings whirring out from their black wing sheathing as they fly up. These were just ordinary hoppers, but all a sooty black in color. Nick had wondered about them as he walked without really thinking about them. Now, as he watched the black hopper that was nibbling at the wool of his sock with its fourway lip he realized that they had all turned black from living in the I burned-over land. He realized that the fire must have come the year before, but the grasshoppers were all black now. He wondered how long they would stay that way.

Combine the nuts, sundered tomatoes, capers and rosemary in a food processor and process until crumbly and ground. Add the balsamic and olive oil and continue to process until it’s thicker and smoother. Add as much water as you need to make it exactly as smooth and thin as you like it. I added quite a bit…almost a cup. Season well with salt and pepper.