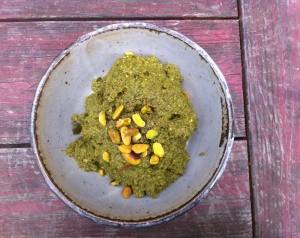 Back in the summertime, I could, and probably did, start every post with, “Malcolm and I went for a walk after dinner.” We haven’t gone for too many walks lately. He’s in school, now, middle school. He’s a busy boy. And the dark comes early and it’s too chilly to swim in the river. But the other night we went to buy milk in the evening, and we talked about this and that, as we do. I asked Malcolm if I would be the first American to win the Booker prize, which is a perfectly normal thing for a mom to ask her twelve-year-old son. We’ve all been there. He said, “No, no way.” And we walked a few more steps and he said, “Wait, what’s the Booker prize?” And I said it’s a prize for the best novel. And he said, “Oh yeah, you’ll definitely win that.” And I said, “What did you think the Booker prize was for?” And he said, “You know, for someone who books.” And he made the universal gesture for somebody running really fast. I didn’t take offense. I can scamper with the best of them, but I’m no speed demon. I know that, I’m comfortable with that. But Malcolm believes I’ll definitely win the Booker prize! I’ve always wanted to win the Booker prize, never more than when it was a complete impossibility. Until very recent history, it couldn’t be won by an American, and I, improbably and irrevocably, am an American. It also couldn’t be won by somebody who hadn’t written a novel, which is something I hadn’t done until very recently. As I say, I liked the impossibility of me ever winning a Booker prize, and it didn’t make me want to win it any less. It suited my sense of ambition, which is completely absurd and has no practical real-word application. I keep thinking of a conversation I had with my friend Maureen, when we were in Highschool. She said it might seem unlikely but she had no doubt in her mind that she would be a successful musician some day. And I said I felt the same way about being a writer. We had an unerring adolescent sense of inevitability, the glowing nugget of which has turned into a smoldering middle-aged sense of you-never-know. Because now I’ve written a novel. Will it win the Booker prize? Of course not! Will it ever be published? I’m starting to doubt it! Does my son Malcolm believe that of course I’ll be the first American to win the Booker prize? He does! What could be better than that? 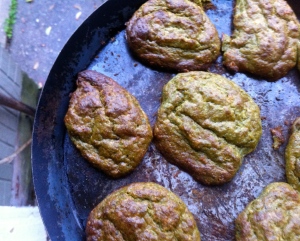 I made this with some kale from the farm. I love kale, but I’ve been balking at the texture of it lately, for some reason. I always want it to be softer. So I made this puree, with castelvetrano olives and pistachios. It’s green. I thought it was really nice as a sort of side dish, but it would also be good tossed with pasta as a pesto or maybe with some rice and flatbread. The next day I added some eggs, cheese and bread crumbs and made croquettes. Also very easy and very tasty.

Here’s Booker T and the MGs with Time is Tight

Bring a medium-sized pot of water to boil over high heat. Add the kale and cook for about five minutes till it’s wilted and bright. Drain, reserving about two cups of water.

In the same pot, warm the olive oil. Add the garlic, pepper flakes and herbs. When the garlic starts to brown, add the kale and some of the reserved water. Cover and cook until the kale is quite soft, ten or fifteen minutes. If the pot starts to dry out, add more cooking liquid.

Transfer to a food processor with the olives, butter, lemon, pistachios, salt and pepper. Purée until quite smooth. A little texture is nice…you can make it as smooth as you like it!

Preheat the oven to 425. Combine everything in a food processor and process until mostly smooth. Lightly coat a baking sheet with olive oil. Drop the batter by large spoonfuls onto the sheet. Bake until brown and puffed, about fifteen minutes. These are nice with a bright tomato sauce, or any kind of sauce you like.