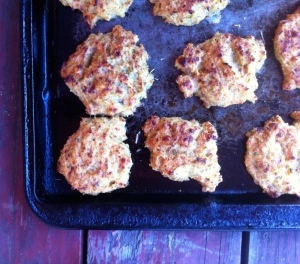 Malcolm and I have an ongoing joke. He’ll show me something–a picture he’s drawn, something he’s made out of legos, a frog, a handful of sweet ferns. And I’ll cry, “look at your fingernails!” Yeah. Actually Malcolm doesn’t think it’s a very funny joke. Malcolm is growing fast, and so are his fingernails. Moments after he cuts them they’re already a quarter-inch long and caked with dirt. This is only a slight exaggeration. The thing is, I never used to mind dirty fingernails. I used to say they were a sign that you’d had a good day, that you’d gotten out of the house and climbed a tree or played in the dirt. How much more true is this for a boy in this age of video games and nonstop screen-related entertainment. He could spend the whole day indoors staring at flickering glowing surfaces of varying sizes and never move at all. So I should be glad when he has a little dirt under his fingernails, or when he has mud on his shoes that he’s tracking all over the house. I’ve never been a super-tidy person or a stickler for cleanliness, so why did I become a person who sees the dirt on the hands and not what they’re holding? I resolve to change the situation from this moment forwards. I won’t see the dirt for the ferns. I won’t be distracted from the truly important things by trivial matters of personal grooming. I will fully appreciate the gesture of somebody raising cupped hands towards me to share something that is remarkable or precious to them. I will see the beauty of the outstretched palm. When I see muddy prints on the floor, I won’t grab the broom, I’ll ask for the story instead, I’ll ask where he was walking, where he gathered this mud, and what he was thinking about as he walked, who he was talking to, where he was headed.

It’s the season of summer squash and tomatoes. What a wonderful season! I like zucchini croquettes. I wasn’t sure what to call these, in point of fact, because they’re almost like dumplings. They’re soft inside, crispy outside, with a pleasant denseness. They’re very flavorful with golden raisins, sage, oregano, garlic, pine nuts and a bit of sharp cheddar. They’re nice dipped in or covered with a sauce, and this time of year of course it’s going to be a tomato sauce! We ate them one day with fresh chopped tomatoes, basil, olive oil and balsamic, and one day with a simple cooked fresh tomato sauce. Good either way!

Preheat the oven to 425 and lightly coat a baking sheet with olive oil. Trim the squash and cut it into large chunks. Feed these into the grater blade of a food processor, or just grate them by hand. Set aside.

In a large skillet over medium heat, warm the butter. Add the chili flakes, garlic, raisins, and herbs and cook until the butter is frothy and the garlic starts to brown. Add the grated squash. Cook until all the juices are released and then until the pan is quite dry, the squash is reduced, and it starts to brown on the edges. You can add a splash of white wine or water if the pan gets too dry or the squash starts to burn. Set aside to cool slightly.

In the same food processor (you don’t need to wash it) or a large bowl, combine the bread and cornmeal and process until the bread is crumbly. Add the salt, pepper, bp, spices and pine nuts and whiz just to combine (you don’t want to grind the pine nuts too much. Add the egg, cheese, grated squash and lime juice, whizz to combine again. You should have a very thick moist batter. If it’s too dry you can add another egg or a dash of milk, but the zucchini should have enough moisture in it to bring everything together.

Drop by large spoonfuls onto a baking sheet. Bake for 15 minutes or so, until puffed and golden and baked all the way through. Serve with some sort of sauce. We did fresh chopped tomatoes and basil, because that’s the time of year it is!!

4 thoughts on “Zucchini and cornmeal croquettes”