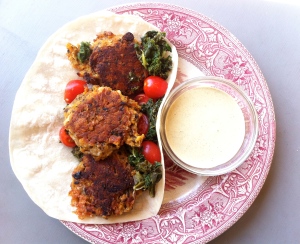 Here at The Ordinary we’ve had two snow days and two delayed opening in one week. This means lots of stir-craziness, an increasing amount of crankiness, and a lot of legos. We decided that life is like a box of legos. (I’m not saying it’s not like a box of chocolates, but I’m not a fan of the “You never know what you’re going to get,” part of that statement. I think you’ll find that you have a fairly good idea of what you’re going to get with a box of chocolates. It’s going to be sweet and chocolate covered, you might not know the specific filling, but there are only so many options. Often there’s a diagram, telling you exactly what you’re going to get.) Anyway, life is like a a box of legos. You can never quite find the piece you’re looking for, but you’ll find a similar piece that you’ll throw back into the box, only to realize that it’s exactly what you wanted all along. You can never find the piece you’re looking for, but you might find something totally unexpected, which works even better and sends you off in a new and wonderful direction. Some people need to open the box right away and put it together all in a rush, others take their time, and do it as the mood strikes them. Some people need to follow the directions to the letter, and go carefully to make it look just like the picture. Others throw the rules away, and put together something nobody has ever made before. Some people have a plan, they know what they want it to look like in the end, and others make make it up as they go along. This week Malcolm instructed us all to make “habitats,” and they were trying to make theirs as full of nature as possible. In the end they had a treehouse, the ruins of a castle, and lots of little storm troopers milling about. If life is like a box of legos, I have high hopes for the way theirs will turn out! Full of imagination and creativity. Unexpected but inspired.

Isn’t it strange that princes and kings,
And clowns that caper in sawdust rings,
And common people like you and me,
Are builders for eternity?

Each is given a bag of tools,
A shapeless mass, a book of rules;
And each must make- ere life is flown-
A stumbling block, or a stepping stone.

This is my idea of a fun meal! While we were eating I gave myself a little pat on the back, because I don’t think anyone else would think of combining these particular ingredients in this particular way. Grated roasted butternut squash, ricotta cheese, chickpea flour, raisins and sharp cheddar? Delicious! The kofta were plump and pleasant and sweet, and the sauce earthy and a little tart-sweet. We ate these with warm tortillas, lightly cooked kale and spinach and chopped tomatoes and olives. You could eat them with pita bread, or just as they are, dipped in the sauce. They’re gluten-free, too, if you leave out the tortillas.

Here’s The Heptones with Book of Rules, based on R. Lee Sharpe’s poem.

Peel the squash, cut it in half lengthwise and scoop out the seeds. Grate the squash, either by hand or in a food processor. Preheat the oven to 425. Toss the squash with olive oil, and spread on a big baking tray or cookie sheet. You should have a pile about 1/2 inch deep, but it will reduce as it cooks. Set the garlic clove on the edge of the tray.

Roast the squash for half an hour to 40 minutes, stirring frequently so that the browned pieces on the edges get mixed into the softer pieces in the middle. At the end you should have a mix of brown and crispy bits and soft and tender bits. The garlic clove should be soft inside. Set aside to cool slightly.

Meanwhile, in a large bowl combine the chickpea flour, salt, pepper, baking powder, cinnamon and herbs. Stir in the egg and ricotta cheese, and beat until everything is smooth and combined. You should have a light, fluffy fairly thick batter. Mix in the cheddar and raisins. Let the batter sit while you roast the squash.

When the squash is cooled slightly, mix it into the batter. Peel the garlic clove and smash the garlic till you have a soft paste, and stir this in as well.

Lightly oil a large baking sheet and drop the batter by large spoonfuls onto the sheet. Flip each so that it has a coating of oil on two sides.

Bake for about 15 to 20 minutes, turning in the middle, until the kofta are puffy and browned on both sides. Serve with…

1/2 cup pumpkinseeds
1/2 cup pistachios, roasted or toasted
1 clove garlic roasted or toasted (You can roast it with the other garlic clove above, when you roast the squash)
juice of one lime
1 t honey
1/3 cup olive oil
salt and plenty of freshly ground pepper
about one cup warm water

Toast the pumpkinseeds in a toaster oven or dry pan until they’re starting to brown and pop, just a few minutes. In a food processor or blender, combine the pistachios, pumpkinseeds, garlic, salt and pepper, and process until coarse and crumbly. Add the lime juice and honey, and process again. With the machine running, drizzle in the olive oil. When you have a thickish paste, add warm water, starting with about 1/2 cup until the sauce is as thin as you like it and perfectly smooth. Adjust salt and pepper, and add lime juice or honey to taste.

We ate the kofta on warm tortillas with this sauce, basmati rice, cherry tomatoes and castelvetrano olives chopped together, and lightly cooked kale and spinach with butter and a little lemon.