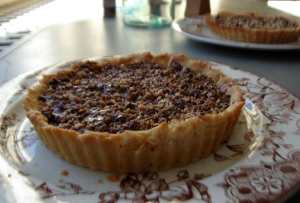 I think I had a big stupid smile on my face the entire time we watched Melody. Why the big 103-minute idiot grin? It wasn’t because the movie is sweet, although it certainly is. Nor because it is a happy movie, although in many ways it’s that, too. It was because it just felt so perfect. Everything about it was exactly as it needed to be. I could imagine the filmmakers watching the dailies and brimming over with gladness that they’d captured the shots they’d captured, and then adding just the right soundtrack, editing it perfectly, and sitting in the dark, full of joy, watching the finished movie. It’s an odd film in many ways. It’s called Melody, and it tells the story of a sweet sort of romance between Daniel Lassiter and Melody Perkins, but it’s almost more focussed on Daniel’s friendship with the kind but unruly urchin Ornshaw. Daniel is a child of relative privilege and Ornshaw is not, and the film reminded me of Machucha in that their friendship seems unexpected and almost discouraged, because it crosses certain unwritten boundaries; boundaries that adults create between certain types of people, boundaries which make no sense to children, but which they learn to honor and fear. And although the film is exceedingly sweet, it’s never saccharine. It’s too real for that. Apparently it’s Alan Parker’s first film script, and it’s beautifully told. The story unfolds in small meaningful moments, just like real friendships, just like life. We see spells of loneliness, moments of connection, misunderstandings and disappointments. When Melody and Daniel first spend any time together, they don’t really talk at all. She plays Frere Jaques on her recorder, and he joins in on his cello. They don’t play particularly well, but it feels as though they’re happy to be talking to each other. Like everything else in the movie, it’s the messiness and imperfection that makes the scene so beautifully human. Nothing is over-told, or too carefully explained, and we feel like we’re just watching the world from Daniel’s point of view. The camera catches the expressions of the people around him, and though the adults are almost grotesque, often cruel, and never capable of the clarity of thought that the children achieve, we still feel a certain affection for all of them. But why must they complicate everything? Why can’t they see how it should be? And though the film is sweet, it’s also anarchic, almost surreally so towards the end, in a scene that reminded me of Vigo’s Zero for Conduct. I think part of the reason that Melody made me so happy is that I’d never heard of it before about a week ago. It’s been around since 1971, and I had no idea it existed. It feels like a discovery! I found it because I’ve been obsessed with Nina Simone’s version of the song In the Morning. It turns out the original is by the Bee Gees (the Bee Gees!) and is just part of the ridiculously addictive soundtrack to this film. I love all the songs! Who would have thought? I love it all! I wonder which other films are out there, waiting to be discovered?

Here at The Ordinary, we call these tarts “Dormouse pies.” Because they contain dormice? Certainly not! Because they were inspired by the hazelnut and blackberry diet of a dormouse. They have a shortbread crust, a layer of jam, and a crunchy top layer of nuts and chocolate. I made two small tarts, one with blackberry jam, fresh ripe pears, hazelnuts and bittersweet chocolate and one with strawberry jam, almonds and bittersweet chocolate. They’re both very good. Very very, dangerously good. I made two 6 inch tarts, but you could easily make one 10 or 11 inch tart with these ingredients, I think.

Here’s To Love Somebody from Melody, and a passage from the movie demonstrating all the beauty, humor, and affection contained therein.

Cream the butter and sugar together. (I did this in a food processor because I’m lazy.) Mix in the egg and vanilla, then add the flour and a pinch of salt. You should have a soft dough. You can chill this for a while to make it easier to work with, or if you’re impatient like me, you can just flour your hands well before you use it.

Preheat the oven to 375 and lightly butter 2 six-inch or 1 ten or eleven inch tart pan. Press the dough into the pan and up the sides as evenly as possible.

Prebake for about ten minutes, just till it loses it’s shine and holds it’s shape. If the sides sag, push them back up with your fingers or the back of a spoon.

for 6 inch blackberry pear tart (double for a larger tart)

In a food processor combine all of the other ingredients, and process just till coarse and crumbly. You want some crunch. Spread this evenly over the tart. Bake 20 – 25 minutes until the crust is golden, the chocolate is melted, and the jam is bubbling up a little around the nuts.

Spread the jam in an even layer on the bottom of the pre-baked crust.

In a food processor combine all of the other ingredients, and process just till coarse and crumbly. You want some crunch. Spread this evenly over the tart. Bake 20 – 25 minutes until the crust is golden, the chocolate is melted, and the jam is bubbling up a little around the nuts.