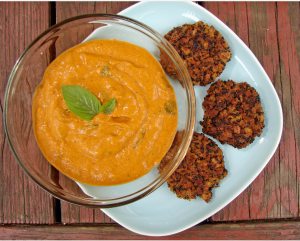 Isaac loves to draw. When he sees something that interests him – in a book, or a movie, or museum exhibit – he needs to get to a pencil and paper as soon as possible to draw his own version of it. He can draw happily for long periods of time. Completely rapt, tongue out like Charlie Brown, bent over the paper, making sound effects to accompany his drawing. His style is full of movement and energy. He’s a very confident artist. When he sets out to draw something, he doesn’t worry that it won’t come out the way he pictures it in his head. He doesn’t cripple himself with unrealistic expectations. He wants to draw something, he draws it, and he’s always happy with it. It’s a lesson for us all! And it can be found in chapter 4 of my upcoming series of soon-to-be-bestelling self-help books called, Life Lessons from Isaac: Learning to Live Like a 6-year-old. Chapter 3 suggests that if you don’t get what you want, you like on the floor, complaining in an indignant, incomprehensible, ascending stream of words, until the pitch gets so high that everyone around you fears that their head will explode and gives you whatever you ask for to make you stop. Try it at work!! Malcolm loves to draw, too, but he’s more self-doubting. He gets frustrated and impatient if it doesn’t look like he imagines it, or if it takes too long. He’s got a few drawings he’s happy with, and they’ve become his trademark drawings. His graffiti tags. One of my favorites is this owl.

The other day, Isaac went to the fleamarket with his aunts and his grandmother. He found five thimbles.

He brought them home and invented “thimble man.”

I love this drawing! It’s so expressive. And thimbleman’s thimbles have magical powers, like lazers, water, super-punch, and I can’t remember the others, even though Isaac patiently explained it all to me twice.

And that night for dinner, Isaac ate quinoa kofta!! The kid doesn’t like much, but he likes Indian food. And olives. And other very strong-tasting items. Won’t touch a banana, but he’ll stuff himself silly on punjabi mix. He likes creamy curried sauces, which the boys call “yellow stuff.” I made this sauce out of cashews, tomatoes, and red leaf lettuce. The lettuce gives it a nice little sweet-bitter bite. The sauce is very smooth and creamy, but there’s no cream in it. And the quinoa kofta, made from leftover black quinoa, are lovely and crunchy – from being roasted in olive oil, and from the naturally crunchy crunch of black quinoa!! I served them in their sauce over basmati rice.

Isaac says this is his favorite song. It’s K’naan’s 15 Minutes Away.

1 cup cooked black quinoa (you don’t need to cook it as long as this. You can use less broth, and simmer it for about 20 minutes, till the broth is absorbed.)
1 cup cooked rice (I used basmati)
1 cup chickpeas, rinsed and drained
3 T flour
1/2 t baking soda
1/4 t cumin powder
1/4 t coriander powder
1/4 t ginger
1/8 t cinnamon
salt and pepper

Mush everything together in a bowl, with a potato masher or a fork, or both.

Preheat the oven to 425. Coat a baking sheet with olive oil. Form the kofta into small, flattish balls. Spread them on the baking sheet. Bake for about twenty minutes, turning them once or twice, till they’re nicely browned on both sides.

Add the cashews and all of the spices, and then immediately add the tomatoes (you don’t want the spices to burn).

Bring to a boil, reduce heat and simmer till everything is soft and hot. Add the vinegar and butter, and blend in small batches (carefully, it’s hot!) Return to the heat, season with salt and plenty of black pepper.

Sprinkle the basil and cilantro over just before serving. Serve with kofta and basmati rice, and flatbreads if you have them!