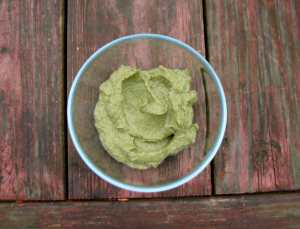 Here at The Ordinary, we believe it’s time to bring our focus back to the ordinary. We’ve been watching the show Connections, and it’s fascinating. It follows James Burke, looking sharp in a white leisure suit, as he travels the world showing us how our history is a tangled network of invention and discovery and technological advances. The pattern is complicated and far-ranging, but as he unravels history, we see a clear trail leading from country to country and epoch to epoch. Sometimes we’re out at sea, sometimes we’re on dry land, sometimes we’re working within the protection of the church and sometimes we’re running from their inquisition. The thing that struck me as particularly interesting, especially ordinary, is the fact that most of the advances came at the hands of regular working people trying to make their job a little less tedious. Often we don’t even know their names, these clerks and craftsmen. And it’s never just one big moment of inspiration, it’s a series of small, unexpected steps, one discovery leading to another, until some smart man decides to put his name on the invention and take all the credit for it. It’s strange how nothing really changes: the aristocrats in 18th century France didn’t think about the tedious complicated process of weaving their fancy silks any more than I think about the intricate construction of my iPhone every time I use it. It’s inspiring to think that any of us, if we’re paying attention and awake to the possibilities, can create something new and useful: some new way of looking at the world, some device to make work a little easier, and give us more time to really live. Of course, Connections starts with an apocalyptic vision of the world in which we’re so completely dependent on technology that everything breaks down because of one faulty switch. And that was the seventies. So maybe we’ve come full circle, and we’ve come to the part of the tangle when we give it a pull and it all comes unravelled. Maybe the inventions we come up with should be about the really living part, and not the working. We should come up with new ways to hold on to the part of us that makes us alive and connected as humans.

I really liked this puree! It’s partway between a sauce and a vegetable dish, and it’s delicious. We ate it with the last pie I posted about, but you could eat it with just about anything. Or you could add some broth and make a tasty soup.

Clean and trim the cauliflower–we want just the florets, cut into about 1 inch pieces. Any smaller “crumbs” are fine, too. Slice the leek in half lengthwise and soak and rinse to clean out any sand or dirt. Slice lengthwise again, and then into 1/4 inch slices across.

Warm the butter in a skillet over medium heat. Add the thyme and the leeks. Stir and fry for a few minutes until the leeks start to brown. Add the cauliflower and stir until this softens and starts to brown, a few minutes more. Add the mustard powder and wine, and cook until the wine is reduced and syrupy. Add the spinach, stir to coat and combine. Pour about 1 – 2 cups of water in, enough to almost cover everything. Bring to a boil, reduce heat, cover and simmer until the cauliflower is tender and the pan only has a small amount of liquid left–five to ten minutes. Remove from heat and let cool for a minute or two before pouring it into a food processor. Process until smooth. You might need to add a little water to make it as thin as you like it. Season well with salt and plenty of pepper, add more butter, if you like, and serve.