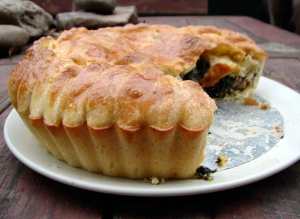 Isaac woke up early with a nightmare. He wanted to cuddle, and it was a cold sleety slatey morning, I should have cuddled. But I mumbled something cranky about having to make his lunch and got myself a cup of coffee. He told me about his dream, but I only half-heard. He was on a field trip, and there was a train, and it left without him. He told me that last night, he and Malcolm were playing a game of catch with a stuffed dinosaur, and Malcolm told him they wouldn’t be able to play games like that when they got older. They talked about getting older, and Isaac told Malcolm he doesn’t want him to go away when he turns eighteen, and they both agreed to live in this house when they’re married and have children and dogs of their own. I think about time passing constantly, perpetually. The thought of it is a strange sort of weight, sometimes pleasantly grounding, sometimes like falling down on hard rocks. It’s so poignant to me to think about the boys thinking about time passing, thinking about this moment as something they won’t have forever. It’s so strange to think about them almost regretting this time even as it passes, and fondly remembering this illicit game of after-dark-dinosaur-catch even as they’re playing it. And, of course, I thought about how time works in such a way that by the time they’re eighteen they’ll feel differently about everything, when they’re married and have kids and dogs of their own they’ll see the world from a completely different center. And how when they’re older they’ll realize that they can still play catch with a stuffed dinosaur any time they like. And this being the day before Thanksgiving, I thought about how grateful I am that they’re good friends, and how thankful I am to have them as my friends. And I thought about yesterday at the doctor’s office. We went for flu shots, and Malcolm was near-tears-worried. We sat in the waiting room, which happens to be across the street from our house, and I looked at our house from the outside. It was just that time of day when the lamps came on, and the cars’ headlights made colorful splashes on the slick grey streets, but it hadn’t ever really been light all day. Our windows were lit and warm, and our dog was waiting in the doorway watching us. We waited over an hour, which felt horrible, what with all the anxiety and apprehension. But we were closed into a little room, waiting, and it started to be okay. The boys made each other laugh about stupid things, which probably seemed funnier because we were nervous. They were weighed and measured, and they’re growing about an inch a month, which seems crazy and beautiful, and I had that strange feeling of pride that starts when they’re tiny babies and put on an ounce or two. And I realized I want to be thankful for all the moments, not just when we’re gathered around an abundant table, but when we’re sitting in a waiting room, or stuck in traffic, or arguing over homework, or when they’re driving us crazy by playing catch with a stuffed dinosaur when they should be asleep. All of it, I’m so grateful for all of it.

I’ve gotten to the point where I call any yeasted dough with eggs in it “brioche dough.” I know! It’s not right! It’s lazy and inaccurate. So this isn’t really a brioche dough, but it’s a tender, rich, flakey sort of dough. And it’s nice and crispy on the outside. I filled it with my favorite combination of greens, raisins and nuts, but you could put anything you like in there. I used kale and chard, but you could use spinach or broccoli rabe. I used walnuts but it probably would have been better with pine nuts, and you could easily use pecans or almonds. You see, it’s very versatile. I think this would make a nice vegetarian Thanksgiving option, and in fact I plan to make something similar for dinner tomorrow, and maybe I’ll tell you about it some other time.

Here’s Bob Marley and the Wailing Wailers with Put it On.

Combine the yeast, sugar and warm water in a large bowl and set aside in a warm place to get frothy. Add the flour and salt and stir in the eggs and butter. You should have a soft, workable dough, but add more flour or warm water if necessary to make a dough you can knead. Knead for about seven minutes and set aside in an oiled bowl covered with a damp cloth. Leave in a warm place for about 1 1/2 to 2 hours, till it seems doubled in bulk. Fold it down, and leave for another 45 minutes.

Bring a pot of salted water to boil and drop in the kale. Boil for about five minutes until bright but tender, drain well.

Meanwhile, warm the olive oil in a large skillet over medium heat. Add the garlic, red pepper and rosemary, and stir and fry until the garlic starts to brown, probably under a minute. Add the chard and kale, and sautée until the chard is wilted. Add the beans and raisins, and cook to heat everything through. Transfer to a large bowl and add the walnuts and cheeses and a pinch of nutmeg, and season well with salt and pepper. Stir in most of the beaten egg, but leave about 1 T aside.

Preheat the oven to 400. Lightly butter a tall-sided tart pan or springform pan. Divide the dough into portions, one about 2/3 the other 1/3. Press the larger part into the pan and up the sides. You should have quite a thin crust, but be sure that you don’t have any holes.

Fill the center with the filling. Stretch the 1/3 chunk of dough into a circle, and place over the filling. Seal the edges and fold them over towards the middle. Brush everything with the remainder of the beaten egg.

Bake for 30 – 35 minutes, until puffed and golden and firm to the touch. Let cool and set for a few minutes before cutting into it.