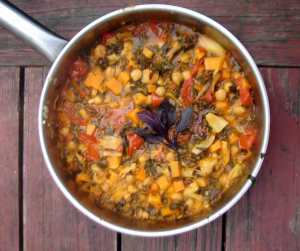 It’s strange how some moments can leave you feeling unexpectedly raw. Some days I’ll be walking along through the world, fully possessed of my maturity and composure and whatever other calloused armor lets us walk through this world in a capable and functioning fashion, and some small gesture will undo me. It’s usually something seemingly insignificant, something I could easily pass by without noticing at all (they do call me “oblivia” after all). But it will leave me a weepy puddly mess, for a minute or two.

Sometimes on our bike rides we pass what seems to be an entire school out exercising (it’s a very small school.) This is always a somewhat touching scene, just to see the glowing happy running faces, and the reluctant trudging faces, and everything in between, just to see the way the children arrange themselves in little groups, or end up by themselves, and to remember what that felt like. One day the teacher had organized a different sort of exercise, and as one group of kids ran out, another was returning to the starting line. They had to slap hands with the kid they passed. That was it, that’s all that happened, and this gesture of children touching hands with other children as they ran by was enough to make me hope the kids wouldn’t look up in my red and tear-y face as they trotted by.

Today I walked Isaac to school, like I do five days a week. Malcolm came running up, all bright-faced and happy. The power was out! They were being bussed to another school! They might have to have pizza for lunch! The excitement was palpable, and the noise was thunderous, as an entire school-yard full of children looked forward to the strangest, best day ever. Such a confusion! Such a botheration! Children large and small, making noise, tangling everywhere! No bell to get their attention, and the poor safety-patrol overwhelmed by children bouncing and bubbling all around them. It was chaos, I tell you! Cheerful chaos! And suddenly the remarkable music teacher walked out and clapped a rhythm. All the children around her clapped the rhythm, and then every child in the courtyard followed. Silence ensued. And what the heck, man, I’m suddenly the crazy mom standing on the edge of the courtyard with a mad grey dog, trying to think of an excuse for my red nose and watery eyes. I came home and told David about it and got weepy all over again! I’m weepy now, writing about it! What is wrong with me?

Oh, I could go on, I could tell you about how last week when Malcolm went to his friend’s house for breakfast (with all of his other friends) I made him some apple sauce to bring, and he said it was so good he could have eaten it all by himself. And last night he asked me to make more, and I assumed it was to bring to breakfast at his friend’s house again, but he said, “No, nobody else would eat it,” which means that he was asking me to make applesauce out of kindness to me, because he liked something his strange mother made even if nobody else would try it! That kills me! And that’s it, that’s all it takes.

I suppose it’s moments of connection, if I stop and look at it rationally, that strike such a tender chord; moments of communication or thoughtfulness. And they’re everywhere! They’re all around us! I feel crazy for getting so emotional about small things, but maybe we’re crazy for not being constantly undone by these moments, for not being constantly aglow with emotion set off by these small gestures. I don’t suppose we’d get much done, though, throughout the day.

Freekeh! I saw it at the grocery store in the bulk food bins. I’d never seen it before and it looked interesting, so I bought some! I did some research, and it seems to be the new, next super grain. I’m cutting edge! It’s wheat, but not as you know it. Well, it’s similar to bulgur, but it’s…well, I’ll let wikipedia tell you, “The wheat is harvested while the grains are yellow and the seeds are still soft; it is then piled and sun-dried. The piles are then carefully set on fire so only the straw and chaff burn and not the seeds. It is the high moisture content of the seeds that prevents them from burning. The now roasted wheat undergoes further thrashing and sun-drying to make the flavor, texture, and color uniform. It is this thrashing or rubbing process of the grains that gives this food its name, farīk or “rubbed.” The seeds are now cracked into smaller pieces so they look like a green bulgur.” I cooked it like I cook bulgur, toasted it in butter with some herbs, then simmered it till it was fluffy. I made a sort of stew of chard, sweet potatoes, herbs, and tomatoes from the farm, threw in some raisins, chickpeas, artichoke hearts, smoked paprika and nutmeg, and that’s what we at with the freekeh. The next day I mashed up the leftover stew, stirred in the leftover freekeh, some pecans, some bread crumbs, and an egg, and made croquettes.

Here’s the Beastie Boys with B Boys making with the Freekeh.

Warm the butter and herbs in a medium-sized saucepan. Add the freekah and cook until it starts to smell toasty. Add the water, bring to a boil. Reduce heat, cover, and simmer about 20 minutes till most of the water is absorbed. Turn off the heat and remove the lid, but leave the saucepan on the burner for a few minutes. Fluff, season, and add a dash of balsamic and a bit more butter, if you like.

Grated smoked gouda and walnut tarator sauce to serve, if you like.

In a large skillet over medium heat, warm the butter or olive oil. Add the shallot, cook until it starts to brown, a minute or two. Add the garlic and herbs, cook until the garlic starts to brown, about a minute. Add the raisins and sweet potato. Stir and cook for a few minutes, until the sweet potato starts to soften. When the pan dries out, add the white wine, and use it to scrape the bottom of the pot. When the wine is reduced and syrupy, add the chickpeas, artichoke hearts and tomatoes. Stir and cook until the tomatoes start to soften, a few minutes. Stir in the chard.

Add the smoked paprika, the nutmeg and the water. Bring to a boil, reduce heat and simmer until the sweet potatoes and chard are just as soft as you like them, fifteen to twenty minutes.

Season with salt and pepper, add a dash of balsamic or lemon, and stir in the fresh basil. Serve with rice, couscous, freekeh, quinoa, millet, bulghur, farro…whatever you like!