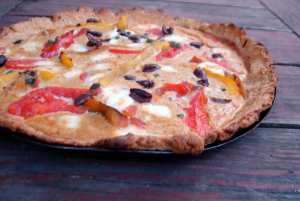 I fell asleep while watching cave of forgotten dreams. I regret it, of course, but at the time I was powerless against the great wave of sleepiness. I’d worked all day, and we’d been busy, and the film is so quiet and dreamy, Herzog’s narration so sweet and sleepy…well, that’s my excuse. I didn’t miss much, I didn’t sleep for very long. In a way, though, it seems perfect to have fallen asleep during this film, this beautiful film. It’s as though the film itself became a part of my dreams, dreams I will never forget because they’re marked on stone and captured on film. The movie has a sort of dream-like logic to it that I love: When faced with something that you don’t understand, follow it farther and deeper than you would have thought possible. Even as you’re exploring, and you realize that you will never understand, you keep looking, because the mystery itself is so beautiful. As circus performer-turned-archaeologist Julen Monney tells us, “it’s a way to understand things which is not a direct way.” This is exactly what I love. I love the idea of looking at something from the side, or from some angle we can’t even imagine. Cave of Forgotten Dreams is a small glimpse into the Chauvet Cave in Southern France. These caverns contain the oldest cave paintings yet discovered, and they’re remarkable. They show bears and lions and rhinoceros and jaguars, creatures you can’t imagine living in the South of France. The pictures are layered one upon another in a marvelous design. The paintings are beautifully rendered, stylized but so well-observed you believe whoever painted them must have spent hours watching the animals. Their faces are wise and almost sweet, or so it seemed to me. They’re almost all in profile, except for one bison who looks right at you. Some are surrounded by layers of rippling silhouette as if to show movement. There are no paintings of human figures, and no human bones were found in the cave. The only sign that these marks were made by humans is a wall of palm prints, made by distinct individuals, and a footprint made by an eight-year-old boy. The boy’s footprint is next to that of a wolf, and we’ll never know if they were friends or prey. I think I must have fallen asleep through the part of the film in which they discuss the humans of the time in greater detail. I have glimpses of memory of this. But I’m almost glad to have missed this part, because to me a huge part of the wonderful power of the paintings is that they seem deeper than human achievement or understanding. Julien Monney went down in the cave for five days, and then he decided not to go down any more. He said it was too moving, too powerful. Every night he was dreaming of lions–real lions and painted lions. He wasn’t scared of them, but he had a feeling of powerful things and deep things. He said that we need to find a way to look at the cave paintings. Where would he start to look for this new way of looking? Everywhere. He tells the story of an archaeologist in Australia traveling with an aboriginal guide. They came upon some cave paintings that were thousands of years old, and fading and crumbling. His guide started to touch up the paintings. The archaeologist asked him why he would do that, and he replied that he wasn’t doing it, he wasn’t painting, it was only the hand of the spirit. You have the feeling, when looking at the Chauvet paintings, that this is the only explanation for this beautiful series of pictures. They were painted in the same style, but hundreds of years apart. Cave bears have scratched at the walls below the pictures and across the pictures, as though they were trying to add to them, or to make them disappear. I’ve always believed that humans aren’t the center of everything, that there’s some spiritual force in the earth and the air that we can’t control or understand. Maybe the animals understand it better than we do because they’re not always making noise like we are. In a strange way these cave paintings seem to reinforce these ideas. Whatever was captured in the cavern, we were part of it, but not the only part, not the most important part. And Herzog ends with shots of a nuclear power plant near the caves, and he tells us that in Lascaux, mildew formed by the breath of tourists caused the paintings to deteriorate. It gives you a powerful feeling that we have to stop destroying things, stop making noise, stop taking things apart in order to understand them. We have to keep silent, and watch and listen and feel.

This tart was loosely inspired by romesco sauce. The hazelnuts, almonds and smoked paprika are in the crust, and the garlic, roasted peppers and tomatoes are in the filling. And all the flavors blend nicely together. I also added some different kinds of cheese–goat cheese and smoked gouda, and some olives and capers for briny goodness.

Here are some songs from the soundtrack of Cave of Forgotten Dreams. It’s very haunting!

Combine the nuts, flour, salt and smoked paprika in a food processor, and process until the nuts are coarsely ground. Grate in the frozen butter, and continue to process until you have a coarse crumbly consistency. Add enough ice water to pull everything together into a workable dough (start with 1/3 cup). Wrap the dough in foil and chill for at least half an hour.

Butter and flour a tart pan, roll the dough to fit, and press it in. It doesn’t need to be neat and even.

Preheat the oven to 400. Pre-bake the tart shell for about five minutes, till it loses its shine.

Pour the egg mixture into the tart shell. If the tomatoes are very juicy, squeeze some of the juice and seeds out. Thinly slice the tomatoes. Scatter the tomatoes, peppers, olives, mozzarella and capers over the tart.

Bake until puffed and golden, about 20 – 25 minutes. Let cool slightly, slice, and serve.