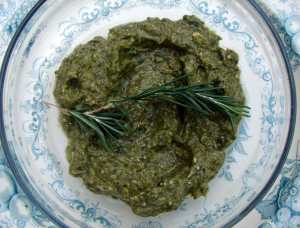 We’re having a dinnertime problem, lately. I should start by saying that dinnertime is probably my favorite time of the day. I spend hours scheming about what to make, and making little parts of it as I go along. Dinner is the culmination of massive amounts of creative and emotional energy, dammit! It’s a work of mother-flipping art. Every…single….day. Of course that’s not entirely true. (It’s only a work of art 5 days a week. The other two…pffft, who cares!) Okay, so it’s never a work of art! But it is the best time of the day, and here’s why. Because the whole family is together, because we’re eating good food, or at least food that’s had a lot of thought put into it, because we’re most likely drinking wine (well, two of us are). We’re not just all in the same house, we’re all at the same table, we’re sharing food, we’re sharing thoughts. Ideally we’re sitting outside, sharing sunshine and cool breezes. I feel so ridiculously lucky that we get to eat dinner every day!! Lately it’s been stressful, though. Which is a horrible feeling–it’s that feeling of looking forward to something and having it all go wrong. The boys won’t sit still, they won’t eat, they won’t even try the food. If Malcolm stays in his chair for a second it’s with his head on the table (and his hair in the food half the time). If you ask him what’s wrong, he cries. For a few weeks now, I’ve been employing the it-sucks-but-there’s-nothing-I-can-do-about-it-hopefully-it-will-go-away-and-we’ll-all-have-lovely-dinners-together-when-they’re-out-of-college parenting technique. But then I started thinking about it from their point of view. You know, empathizing. I know that for a lot of people preparing dinner is a chore. Obviously, I don’t feel that way; for me it’s a delight. But I can see how it would become tedious in its day-in-day-out necessity. Well, it occurred to me that maybe for the boys eating dinner is a chore. Let’s face it, I make weird food. I can see that it might be stressful to have to taste something new night after night. I know they know how much I care about it, and they don’t like to hurt my feelings. I get that. And David and I are alone most of the day, on our feet, with our own worries and concerns piling up in our heads. It’s a relief to sit down, it’s a relief to have somebody else to talk to. But for the boys it’s the opposite. They’ve spent the whole long day of school trying to control themselves, and be silent and still, and focus their attention on words. They’ve spent the whole day navigating the choppy seas of social interaction–answering questions, forming complete grammatically correct sentences, coloring inside the lines and showing their work. It’s not relaxing for them to sit at the table and answer questions about their stupid day at school and eat the strange food their mom is anxiously watching them taste. It’s relaxing for them to sprawl on the floor with the dog eating grapes or race around the backyard watering plants with a water gun. It’s relaxing for them to be with each other, doing nothing, not asking each other how they did on their test, not asking each other how they feel about the homework due tomorrow, not trying to remember if they had a shower last night, not caring whether they eat anything but tiny tomatoes or drink a ginger beer so fast they’re not hungry any more. I’ve had a talk with Malcolm, and asked him to understand how important dinnertime is to David and me. And now I understand how important downtime is to Malcolm and Isaac, and I’ll tell him that, too. We’ll work something out. We’ll find a balance. 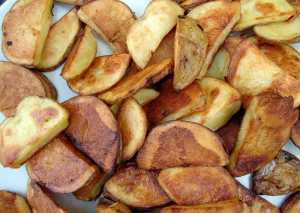 I LOVE GREENS!! I love chard and kale and spinach and broccoli rabe! And I love them puréed! Is there anything more comforting and delicious? I think not!! This particular dish started because I bought some frozen broccoli rabe. Why? I don’t know! It was winter! Fresh vegetables were sad-looking and expensive! Well, frozen broccoli rabe is not a happy thing. It’s all thick stems and withered leaves. After a good long boiling, though, it’s lovely puréed. It has that addictive bittersweetness, and with rosemary and walnuts it’s really wonderful. You could easily make this with fresh broccoli rabe and it would be even better! I ate this by the spoonful, but you could eat it any way that you eat pesto–on pizza, tossed with pasta, mixed into mashed potatoes, or…alongside roasted sliced potatoes. These were really simple. The only thing special about them was the shape, which was sliced. They were kind of like extra thick, warm potato chips. Lovely to scoop up some broccoli rabe purée!

Bring a large pot of salted water to boil. Add the broccoli rabe, and cook until quite soft but still bright – about 15 minutes. Drain.

Combine the broccoli rabe and all of the other ingredients in a blender or food processor, and blend until it’s just as smooth as you like it.

Preheat the oven to 425. Slice the potatoes in half length-wise, and then into 1/4 inch slices widthwise. Toss with olive oil (2 or 3 tablespoons should do it). Spread in an even layer on a baking sheet.

Roast until they’re brown and crispy on both sides. Turn after ten minutes or so, so that both sides brown. The whole process should take 30 o 40 minutes.