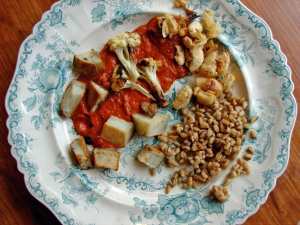 When a child tells a joke (my child, at any rate) he always explains it. He always adds a little, “do you see what I did there?” (Except when they tell knock knock jokes, of course – not because they need no explanation, but because there is no explanation. They make no sense, and that’s the point of them.) As they get a little older they might just send it out there into the world, and see how it plays. They start to understand the universal language of jokes, and they recognize that others understand it as well. And if it plays well, they’ll repeat it, over and over and over again. There’s a regular at the bar where I work. He’s a friendly, loquacious guy, and everybody’s always happy to see him, as befits his status as regular. He tells jokes that aren’t always appropriate, and he lets us know they’re not appropriate by saying, “If you know what I mean.” One day, the bartender said, “Everybody always knows what you mean!” She said it in a jolly, joking way, but he seemed a little chastened. He was uncharacteristically silent for a few minutes. When I think about it, which I frequently do, it’s so odd that we can communicate at all. Words are so frustratingly, beautifully inadequate. Either they seem to have no meaning at all, or they have so many meanings you don’t know which to choose. We could lose ourselves in the space between what we mean to say or what we want to say, and what is actually said. We watched Tokyo Story by Ozu yesterday. (Beautiful!) His films are about regular, contemporary people facing problems that we all face, and one of these is, simply, talking to one another, conveying meaning. The characters are speaking Japanese, of course, which is a language I don’t understand, but they’re so clearly sharing the difficulty of sharing, with their gestures and expressions. They use small sounds, single syllables or grunts, that seem to carry more meaning, and be better understood, than whole streams of words. I love this! Each person fills the syllable with their own inflections, the whole force of their personality. Ozu will show one side of a phone call that consists of nothing but these short grunts, and you know what the person on the other end is saying. I read a little bit about these sounds, and they each have their own written character, which is a beautiful thing. I suppose we have something similar in English, but our small sounds, our ums and ers and uh-huhs seem to create little spaces of non-meaning, little expressions of frustration with meaning. Or maybe it’s just easier to see meaning when you’re less entangled in the words, when you’re outside, looking in.

It’s funny how recipes can become construed and misconstrued, made up, as they are, of words. The symbols I take as universal are very confusing to some people. And measurements are so changing and mysterious, especially when you’re talking about the size of a vegetable! In recipes such as this one, it’s okay that the measurements are vague. You can adjust the amounts to your taste. We have roasted potatoes, cauliflower and roasted butter beans (yummy!) And we have a sauce to toss them in, and you can roast just as much of each as you like! You can mix everything together, and fry it in a skillet till the sauce is fairly dry and coating each piece, and that’s tasty. Or you can leave the elements separate, and let people take what they like, which is what we did, because not everyone in the family is as enthusiastic about cauliflower. We ate this with simple herbed farro, and some sauteed kale and broccoli rabe tossed with lemon and butter.

1/2 medium sized head of cauliflower (about 2 cups florets) sliced into 1 thin 1-inch pieces
2 largeish potatoes, scrubbed and cut into 1/2 inch dice
1 can butter beans, rinsed and well-drained
Enough olive oil to coat all of these (3 or 4 tablespoons, total)
1 t sage

Preheat the oven to 425. Arrange the potatoes and cauliflower in even layers on their own trays, and toss each with just enough olive oil to coat. Toss the butterbeans with olive oil and sage in a small roasting pan, in a single layer. Put all of these in the oven and roast till they’re brown and crispy, stirring/shaking the pans from time to time, so things get evenly browned. The beans cook fastest, maybe 25 minutes, then the cauliflower, then the potatoes, maybe 40 – 45 minutes. So keep an eye on everything!

Meanwhile, warm 2 T olive oil in a large skillet over medium heat. Add the rosemary and red pepper, stir and fry for half a minute, then add the shallot. Stir and fry for a minute. Add the garlic, caraway seeds and nigella seeds. Stir and fry until the garlic starts to brown, then add the tomato paste and pomegranate molasses. Stir to mix in, then add the peppers. Stir to coat. Add the paprika and cumin, and quickly add the water. Bring to a boil, reduce heat and simmer until the sauce is quite thick. Add the butter and balsamic, and then purée till smooth. Return to the heat, add the olives, and cook to warm through.

At this point, you can toss the potatoes, cauliflower and beans in the sauce, or serve each separately, for people to mix as they like, if you happen to have any picky eaters in the bunch.

Warm the olive oil in a medium-sized sauce pan over medium-high heat. Add the herbs and then the farro. Stir to coat with oil, and then cook for about five minutes, till it starts to smell toasty and look golden. If it gets too brown, or the herbs start to smell burnt, add the water right away.

Bring to a boil. Reduce heat to medium, and cook at a slow boil for about 20 minutes, until most of the water is absorbed. The grains should be al dente. Leave on the warm burner to sit for about five minutes. Stir in butter, salt and pepper, fluff with a fork, and serve!