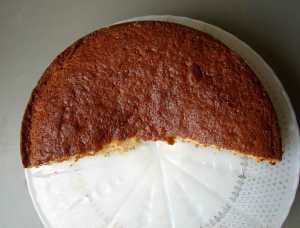 Clio’s attitude towards fetching a ball is “I could, but why would I?” Some people might think this is a sign of stupidity, but I disagree. (And not just because I’m her biggest fan!) I think it’s funny that people take it as a sign of intelligence if an animal acts like a human, or in a way that a human wants them to behave. I had a theory when I was much younger. (I had lots of theories when I was younger, I had all sorts of philosophies to explain the universe. And then I grew up and realized that everything is too shifting and complicated to be explained.) My theory was this, this was the theory that was mine. I thought that animals were wiser than humans, and that the way that they understood to live in the world made more sense than the way that we did. A cow, for instance, who spends her day eating sweet grass, feeling the sun on her back, watching her world change subtly around her, thinking god-only-knows what thoughts behind her beautiful cow eyes, has everything figured out on a fundamental level better than, say, some girl that goes to school, and has her lunch packed in plastic, and learns what she’s told to learn by people who laugh at her for saying that cows are wiser than humans. The fools! And then they’ll say, yes, but what about the fact that people build highways and cities and cars and cure diseases! And the girl with the theory says, “That doesn’t prove anything! We created a lot of the pollutants and carcinogens that cause the diseases in the first place! And highways and cities bind up the world and hurt it, and make it impossible for us to understand the wild magical truth of nature, which is the only true religion! The electric lights of our homes blind us to the variations of the gradually changing sunlight and moonlight all around us! Our walls and windows make us immune to the cool winds that blow the stagnation from our brains and make us alive! The animals understand that, look into their eyes! They feel the beauty and truth of the world around them in a way that we will never understand, and that’s why they are wiser than we will ever be!” Yes, I was a very strange child, and I grew up to talk about my past self in the third person! So I think Clio is a wise child, and very smart not to fetch the ball, but to joyfully run after it and toss it around and drop it wherever she wants to.

My boys go through phases with food – they’ll love something for a while and eat it every day, and then one day, they just don’t want it any more. It takes me a while to catch onto these mood swings, so I often find myself buying something they used to like, and then having to figure out some other way to use it up when they reject it. One such item is vanilla yogurt. Malcolm used to eat it by the tub, so I’d buy a big carton of it, and he’d scarf his way through it in no time. Lately he hasn’t wanted it. So I decided to use it in a cake. Yogurt makes cakes nice and dense, and I combined it, in this instance, with almonds. I whirled the almonds and yogurt together in the blender until they were perfectly smooth and creamy. This cake also has candied ginger, chocolate chips, and a few spoonfuls of marmalade, so it’s a lovely cake, simple, but complexly flavored. Comforting yet piquant. If you don’t have vanilla yogurt, you can use plain, but you might want to add an extra smidge of vanilla flavoring, and be generous when you measure the sugar.

Preheat the oven to 350. Butter, flour and line a cake pan.

In a blender or food processor, combine the almonds, yogurt and marmalade, and process until completely smooth.

Meanwhile, in a large bowl, cream the butter till light and fluffy. Beat in the sugar, then beat in the egg and the vanilla.

Add all of the dry ingredients, and beat until smooth. Stir in the ginger and chococlate chips. Stir in yogurt almond mixture. You should have a smooth, light batter.

Pour into your prepared pan, and bake for 50 minutes to an hour, till the top is deep golden brown, and the center feels firm.