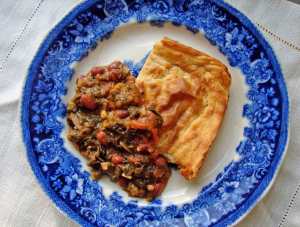 So I seem to have brought some sort of stomach bug home from work this weekend. Ug. I feel better now, but I’m tired. I spent yesterday morning in bed with my eyes closed feeling like a big ball of nothing but sick-feeling pain. And then as I started to feel better, I watched the reflection from the windows on the ceiling, and the way it changed like rippling water every time a car passed the house. I felt like I was rocking a little, and the cars sounded like waves as they crashed by in the wet street. Did you know that the word “nauseous” comes from the latin which comes from the Greek for “ship”? I felt like I was on a bright ship lurching along on clear, light, choppy waters. I thought that this would be a good time to really think. Not just about all of the odd figures I saw in the brown patches on our cow-print curtains, but to think about big things, about everything. To form thoughts and connect thoughts, and try to sort things out, and try to remember, and try to plan. It turns out lying in bed fighting off nausea is not a good time to think. I felt very old and not strong enough to fight off a creeping feeling of dispiritedness, and now I feel very tired. And that’s all I’m going to say about that! I’ll talk instead about Joan Aiken, because I love Joan Aiken, and I find her incredibly comforting. Joan Aiken was a writer of brilliant children’s books that never caught on in America, which I think is a crime. Her characters are so lively and engaging, her settings, with their invented historical epochs, so appealing. I love her vast knowledge on small and eccentric subjects – fabrics and styles, music and paintings, nautical matters. And food. Joan Aiken’s books are delicious. She brings her characters into situations of great deprivation – they’re cold, wet, hungry, poor and miserable – and then through some gracefully wrought turn of events, they suddenly find themselves in warmth and comfort, with something tasty and toasty to sooth them. Even the names of the dishes bring solace – pipkins of soup, hampers of pies, and hot possets for all! In the way that certain foods can bring comfort when you’re ill, once you’re well enough to think about food at all, and certain books can bring comfort when your head isn’t so achey you can’t read, Aiken’s warm and timely meals strengthen and console, not just the characters, but the reader, too. Viz: Bonnie and Sylvia are ice skating through the grounds of Willoughby Chase when they find themselves impossibly far from home, with snow falling thick and fast, and wolves gathering in the shadows. What do they do? Take shelter in Simon’s cave, of course! Once they’re snug with his bees and his geese, our lithe and bright-eyed Simon makes them little cakes in the fire. “The boy had separated the fire into two glowing hillocks. From between these he now pulled a flat stone on which were baking a number of little cakes. The two children ate them hungrily as soon as they were cool enough to hold. They were brown on the outside, white and floury within, and sweet to the taste. ‘Your cakes are splendid, Simon,’ Bonnie said, ‘How do you make them?’ ‘From chestnut flour, Miss Bonnie. I gather up the chestnuts in the autumn and pound them to flour between two stones.'” As they’re leaving the cave, “The boy Simon dug in shallow sand at the side of the cave and brought out a large leather bottle and a horn drinking cup. He gave the girls each a small drink from the bottle. It was a strong, heady stuff, tasting of honey. ‘That will hearten you for the walk,’he said. ‘What is it, Simon?”Metheglin, miss. I make it in the summer from heather honey.'” OF COURSE HE DOES! Of course Simon gathers chestnuts in autumn and heather in the summer, and makes lovely restorative cakes and tinctures with them! And I love him for it! I could make a list a mile long of scenes such as this…spice cakes and plum brandy, ginger bread and applesauce, thick comforting chowder. But I’ll give you this bittersweet example, instead. I love Aiken’s Go Saddle the Sea trilogy. It’s so dark and wild and richly imagined; the characters so strong and complicated and bizarre. The central figure, of course, is Felix. He lives in Spain with his cold and unloving grandfather and great aunts. His only friend is Bernadina the cook. Her bustling kitchen is a haven for him, and she shows her love with special treats she prepares for him. When she dies, he visits her kitchen…”It looked as if she had been making herself a merienda just before she had taken ill. A pestle and mortar stood on the big scrubbed table with some chocolate in it she’d been pounding, and a platter held a pastry cake sprinkled with salt, my favorite food. Maybe she was going to sneak it up to me in my room. Now I couldn’t touch a crumb of it.” Poor Felix! One of my very great pleasures, here at The Ordinary, is to bring attention to books and movies and songs that I think should be better known. Joan Aiken is one of those things, in America at least. Put down your sparkly vampires and your derivative wizards, and discover the mad, wild, dark and beautiful world of Joan Aiken. It’s like a warm, restorative, complexly-seasoned posset!

This meal was very comforting in its way. The masa harina bread was soft and dense inside, which is why I think it’s pudding like, and it has the lovely mysterious flavor of masa harina. I love collards! They’re quickly becoming my favorite green. I don’t know why they’re not as popular as kale, but I’d like to announce my campaign to make them so!! Here they’re sauteed with red beans, tomatoes, and lots of lovely spices, like ginger, smoked paprika, and cardamom, to make them spicy, smoky and a tiny bit sweet. Delicious!

Olive oil for the pan.

Preheat the oven to 400. In a large bowl, combine the flours, herbs, paprika, salt and baking powder. Meanwhile, in a medium saucepan over medium heat, combine the water and butter. Cook until the butter melts and the water is just starting to boil.

Pour the water into the flour mixture, beating vigorously as you do so. Once you get the batter fairly smooth, beat in the eggs one at a time. Then beat in the cheeses.

Spread olive oil generously in a roasting pan or brownie pan – maybe 8 X 11 or so. (If the pan is larger or smaller, the bread will be thicker or thinner, but will still taste good!) Spread the batter in an even layer in the pan.

Bake for 35 – 40 minutes, till the bread is golden brown on top and puffed and crispy on the edges. Serve with…

Bring a large pot of salted water to the boil. Drop in the collards, and cook until quite soft. I cooked them for about half an hour, because I wanted them to be very soft for this recipe, but you could bring it back to about twenty minutes and they’d have a bit more texture. Pour into a strainer to drain, and cool. When cool enough to handle, chop into pieces about 1 inch square.

Meanwhile, warm the oil in a large skillet over medium heat. Add the ginger, garlic and shallot, and stir and fry for a minute or two. Then add the pepper flakes and nigella seeds. When everything is starting to brown, add the collards and a few spoonfuls of water. Stir to coat and cook for a minute or two, then add the tomatoes, and stir and cook until they’re softened, 3 or 4 minutes. Add the red beans, the paprika and the cardamom. Stir and cook for half a minute, then add just enough water to loosen everything up and make it saucy.

Bring to a boil, reduce heat and simmer until everything is nicely combined and softened – five or ten minutes. Stir in the butter and lemon juice and season well with salt and pepper. Serve over the masa harina bread.