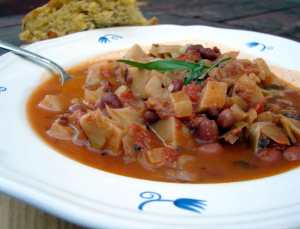 Yesterday was a bright, cold day, with a ripple of agitation as the unseasonable warmth from the beginning of the week was blown away by the cold damp air of today. The sky was white blue, and the late afternoon produced the sort of slanting golden light that tricks you into thinking it’s warmer than it is. And on this late-fall afternoon, you could find me riding all over town, wearing Isaac’s backpack, on Malcolm’s BMX bike. Malcolm’s been home from school all week, and I wanted to pick up his homework and prescription, but I didn’t want to leave him alone too long, and I felt too lazy to haul my bike out of winter hibernation in the basement. So here I was, wheeling around town on a small, bright Tintin-blue BMX wearing a small bright serpent-green backpack. It felt good – the cold air in my lungs harsh but cleansing, the cold air washing through my stale, lack-of-sleep addled brain clearing off the cobwebs. I had this strange sensation – hard to place, familiar, but remote – something I hadn’t experienced in a while. And then it came to me…I felt cool. I felt like a cool kid. I nearly laughed, but that wouldn’t have been cool. I realized that I didn’t feel, for a moment, like a tired and anxious 43-year-old on her son’s BMX. And, of course, that realization brought it all crashing around me, because I was a tired 43-year-old on her son’s BMX. Malcolm’s back in school today, and he told me they’re having an assembly with a BMX ramp and, I assume, skillful young BMXers doing tricks. Wouldn’t it be funny if I came flying down the ramp at the assembly? Waving and shouting, “Yoo hoo, Malcolm! Yoo hoo! It’s mommy!” Heh heh. So Malcolm and I have had a nice week, it’s cold and rainy today, and I miss having him around, though, of course, I’m glad he’s glad to be back in school.

While he was sick he craved brothy foods, and this was just such a meal. It’s quite substantial and has a lot of strong flavors, but they’re all flavors that I love, that work well together. It has a bit of zing to it, which transcends the potential (pleasant) stodginess of beans and potatoes. It’s a good meal for any time of year, really…in the winter I tend to stock up on jars of artichoke hearts and roasted red peppers to relive some of that summery flavor that you can capture fresh in other seasons. I like a nice crusty bread with my stew, so I decided to make one myself. I wanted it to be chewy and dense, but not with a fine crumb. So I added some cornmeal to the mix. And I kept the dough very wet – I had to use the food processor rather than my hands to knead it. I baked it in a bowl that I’d lightly greased, and it got stuck, so I had some trouble getting it out, but it was still delicious. Just a little messy, so you had to pull it apart with your hands, but that’s not such a bad thing!! I guess you could try a non-stick loaf pan, or just mound the dough onto a greased baking sheet. I’ll try it and let you know how it goes!!

Here’s Loch Lomond’s strange and beautiful Wax and Wire, in a video showing the most amazing BMX riding courtesy of Danny MacAskill, and the most beautiful landscapes, courtesy of Scotland.

Warm the olive oil over medium heat in a large soup pot. Add the shallot, bay leaves and red pepper flakes, and stir and cook for about a minute, till the shallot starts to brown, add the garlic, rosemary, sage and basil, and cook for about another minute. Add the potatoes and stir to coat with oil and herbs. Cook, stirring frequently, until they start to soften and brown. Add the fennel, art hearts and peppers and continue to stir and cook until the fennel starts to soften and brown. Add the wine and cook till it’s reduced and syrupy. Add the beans, tomatoes and paprika. Cook and stir for a few minutes, then add enough vegetable broth or water to cover. Bring to a boil, reduce heat, and simmer for twenty minutes to half an hour, until the potatoes are soft. Stir in the butter and vinegar. Stir in the tarragon just before serving. Serve with grated sharp cheese, if you like, and good crusty bread.

Mix the first four ingredients together in a medium-sized bowl and leave in a warm place for about half an hour, to get frothy.

Combine the flours, salt, pepper and rosemary in a food processor. Pour in the yeast mixture, and briefly process to combine. Add enough water to make a sticky wet dough. Process for about five minutes, until it makes a nice elastic ball in the middle of your food processor. Put a small amount of water in a large bowl, tip the dough in, cover with a damp cloth, and leave in a warm place to rise for about two hours.

Fold it down, cover with the cloth, and leave to rise for about another hour.

Now you’re going to put it in your cooking vessel for the third rise, because you don’t want to deflate it again. I think I’d try greasing a baking sheet and spreading a little corn meal, and mounding the dough on that. It might be a little flat, but it would still be delicious, especially with stew!!

9 thoughts on “Red bean and tarragon stew with fennel and artichoke hearts, and rosemary cornmeal bread”