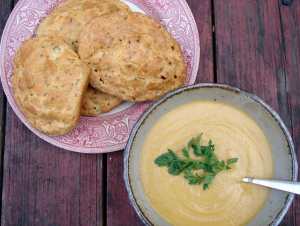 It’s Isaac’s birthday! He was born seven years ago on a golden glowing fall day, just like this one. I felt such a surge of joy and love when he was born, and it hasn’t really abated in these last seven years. My sweet, small, jolly Isaac is getting tall and thin. It’s hard, with the second one, to notice all the changes – he’s always the little one. He’s so excited about his birthday. He was sad that halloween was cancelled, and needed assurance that nobody could cancel his birthday, not even the mayor. He was a robot for halloween, the cutest robot you’ve ever seen. I walked him to the consolation party at the school, and he looked out of his toilet-paper tube eye-holes at all his friends running around to the dance music. He sat on a metal folding chair against the wall, because it’s actually hard to do the robot, when you are a robot. He sat and waited for the faux trick-or-treeting. I wonder what goes on in his busy mind, at times like this. I want to tell him to run around with his friends, because I worry about him feeling lonely, but I’m glad that he doesn’t need to. He’s always been very self-sufficient and content with his own company. He’ll sit for long periods of time drawing and singing. Inventing worlds and creatures to live in them. He’s compelled to draw, and he’s almost always happy with the results. He sings constantly, about everything going on in his life. He sings his life, with sweet, pretty songs that get stuck in your head. He talks a lot, too. He’s always had a lot to say, and a smart, clear, peculiar way of saying it. He talks faster and louder and in a higher pitch when he’s nervous or angry, until only dogs can hear him. He likes to talk to everybody he meets, telling them things I sometimes wish he wouldn’t. (“Mom, isn’t that the boss you don’t like?” Heh heh, noooo, that’s some other boss…) You can’t really look at Isaac without wanting to snuggle him, and he’s a natural cuddler, he’ll cuddle you right out of bed. He’s a man who has invented an entire vocabulary around cuddling. There’s the circle cuddle, the tent cuddle, the birthday cuddle, the super-fast, intense, concentrated cuddle (actually I invented that one.) He’ll tell you that he loves you and you’re fun to be with, just because he feels it. (For now!) He’s frustratingly vague and flighty. He doesn’t understand the concept of walking in a straight line. He floats and spins and stops and goes. He won’t tell you he wants something till after it’s gone. He’ll walk right by a brand new bike on his birthday, back and forth many times, and you’ll have to tell him that it’s there. (Whereas Malcolm could sense a brand new bike in the house, if it was hidden behind closed doors several floors away.) He’s got pale golden hair, and pale soft skin, and he glows with all of the radiance of his bright cheerful sweetness. 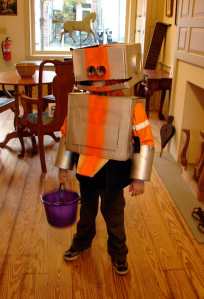 I’m going to tell you something shocking. Isaac doesn’t generally like my cooking. It’s true! Hard to believe, I know. It’s tempting to say that Isaac only likes pale foods with butter, but the truth is he loves sharp, spicy strong-flavored food. He loves olives, and capers. And his favorite food is Indian food. Which is why he liked this soup. He refused to taste it, at first, but I gave him a small bite with basmati rice, and he went on to eat a whole bowl. He really liked it!! I was so proud. Everybody liked it, actually. It’s simple and flavorful, and smooth, and nice with the biscuits, which have a bit of texture from the seeds. I used nigella seeds, black sesame seeds and mustard seeds, but use what you have!

Here’s Memphis Minnie with I’m Gonna Bake My Biscuits. I’ll let Isaac choose the song when I tell you about his birthday cake!

Carefully puree the soup in a food processor or blender until completely smooth. Return to the pot to warm through. Add water or salt as necessary till it’s just the consistency and flavor that you like. If you have some cilantro, stir that in now.

Preheat the oven to 400. In a small saucepan toast the seeds until they start to pop and smell toasty – a few minutes. Shake the pan constantly so they don’t burn. Combine the flour, salt, seeds, baking powder, baking soda and pepper in a bowl. Mix in the butter with your fingers till you have a coarse and crumbly texture. Make a well in the center and break in the eggs, and pour in the milk. Stir to combine. Let the batter sit for about ten minutes to thicken a bit. (you can use your preheating time)

Drop by heaping tablespoonfuls on a lightly buttered baking sheet. (I made eight biscuits) Bake for about 15 to 20 minutes until puffed and golden.