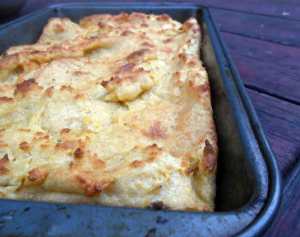 When the power went out last september (I think it must have been during Irene, but it’s all a blur at this point) Malcolm’s first concern was making me coffee. We can smash the beans with a hammer! And boil water over the fire! Must…get…mom…her…coffee!! Ha ha! As if I was some kind of caffeine addict. Well, okay, I’m probably a tiny bit addicted to caffeine. But I’m not the only one! You should have seen this place by the third powerless day. An army of hollow-eyed zombies roamed the town fiending for coffee! The first day after the storm, I wandered the drizzly town, feeling very tired and dejected, but my friend Pat made me a cup of coffee on his gas stove, and my day instantly cheered. The second day, David braved the compromised roads to make a journey to dunkin donuts. And on day three, we made coffee in our own home. We bought ground beans, and boiled a pot of water on the grill. We grilled coffee! And tea! It seems like such a little thing, but the act of making coffee in (or just outside the door of) our own kitchen restored some small sense of normalcy, and made me feel nearly ecstatic. (Or maybe the coffee was unusually highly caffeinated.) It’s not just the caffeine, it’s the simple daily rite of grinding the beans and boiling the water. (Or lying warm in bed listening to David downstairs performing the ritual.) I eat the same thing for breakfast every day. I feed my boys at the same time, most days, and they’re fairly predictable in what they’d like to eat. David eats peanut butter and jelly for lunch almost every day. Anything can happen at dinner time, I like to experiment and make odd meals, as you know, but that cooking and scheming is part of the pattern of my days. I hadn’t realized quite how routinized we were, as a family, until this ten day spate of powerlessness. I hadn’t realized how much the food that I prepare and eat, and the patterns of preparing it and eating it were involved in my comfort and ability to function. It made me feel a little anxious. I worried about the boys getting enough healthy food, even though they probably ate as well as usual. And anxiety makes me want to bake, which, obviously, wasn’t an option. We had fun straying from our usual pattern. We grilled scrambled eggs and toast, which was absolutely delicious. We were more social than usual, and shared meals with friends – everybody bringing their rapidly spoiling food. But I never felt quite right. I had a constant queasy feeling. And I found myself craving solid comforting food – bread and cheese and potatoes. One day we went and bought cans of beans and jars of artichoke hearts and roasted red peppers, and I was actually very excited about the prospect of cooking them over the fire. But dusk came early and the evenings were chilly, and I lost my enthusiasm for standing in the drizzly yard dirtying pots and pans I didn’t have hot water to clean. So what did we eat? We ate grilled toast and grilled bagels and grilled scrambled eggs. We ate rapidly thawing veggie dogs and veggie burgers. We ate pasta at a friend’s house. I made salads with cans of chickpeas and hearty vegetables like carrots and olives and cherry tomatoes. We had a few bags of potato chips scrounged from the dark, cash-only convenience store, and ate quantities of chocolate bars left over from our cancelled halloween. Peanut butter and jelly. Crackers and peanut butter. All-in–all, we ate lots of good food. We lived comfortably. I’m so grateful to have my warm home back, and my working stove and hot water. I cooked up a storm the first day with power – and I haven’t really stopped since. But I think it’s good to shake things up sometimes. So maybe we’ll grill scrambled eggs and toast one morning, just for fun, but I’ll be glad for the hot water needed to wash the dishes after!

We didn’t eat this over the last ten days, but it’s exactly the kind of thing I was craving. It’s comforting and warm and crispy but soft and cheesy. It’s halfway between a sort of corn pudding and cornbread. If you’ve ever made semolina dumplings or roman gnocchi, it’s the same idea, as is yorkshire pudding and choux pastry. But this is made with cornmeal. So it happens to be gluten free! I made it twice in the weeks before the storm, with varying amounts of cornmeal. If you make it with the larger quantity, it’s more like a cornbread, and with the smaller quantity, it’s softer, more like a baked pudding. One time I flavored it with oregano, cayenne and sharp cheddar, and the next I used mozzarella, basil, rosemary and black olives. We ate it with spinach and chickpeas the first time, and with a saucy, tomatoe-y soup the next.

Here’s Comfort Ye from the Messiah, performed by Paul Elliot and the Acadamy of Ancient music, which is (I think) the version I grew up with. It’s so warm and calm.

olive oil for the pan.

Warm the milk in a medium-sized saucepan over medium heat. Add the butter, salt, oregano and cayenne. When the butter is melted, and the milk has small bubbles around the edges, add the cornmeal, and mix well. After a minute or two it should become quite thick. Let it cool for a moment, and then beat in the eggs one at a time. Mix in the cheese, olives (if using) and black pepper. Spread the mixture evenly in your pan.

Bake for 25 to 30 minutes, until the top is puffed and golden.