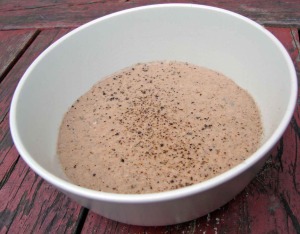 We’re going to try something new, here at The Ordinary. In my imagination, actual ordinaries, in which people ate meals hundreds of years ago, had newspapers lying around the tables for patrons to read as they ate. People frequented the ordinaries as they travelled, and they shared tables with strangers. I imagine that they caught up on the news of the day as they paused in their travels, and they engaged in heated discussions about the news with their tablemates. Maybe they enjoyed a serial story in one of the newspapers and looked forward to reading the next installment at their next port of call – combining the pleasures of a warm fire, nourishing food, and a good read. At least that’s how I imagine it! So I’m going to try posting a serial story, right here in the virtual pages of The Ordinary. It’s actually a story I started some time ago, and that I got stalled on. So part of the motivation is that week-to-week, I’ll keep writing. It was inspired by the story of Florence Nightingale and her pet owl Athena, but it’s not really about them. It’s a story I would have liked when I was little, but I think I’d still like to read it now. It’s about every kind of Claire-y thing…secret pockets, boxes with little bottles in them, ship journeys, warm comforting food on cold days. My plan is to post a few pages every week, after the jump. Feel free to skip to the recipe, if you like!

The recipe for today’s installment is one of the better soups I’ve ever made! I love roasted mushrooms, I love french lentils, I love them together, but I’ve never combined them quite like this. I pureed the mushrooms with walnuts to make a lovely savory, meaty sort of bisque, with sage and rosemary, and I added the lentils and their broth just before serving.

“Oh! It tried to bite me! Poke it with a stick!”
“Pull its wings!”
“Pluck its feathers!”
“Let’s tie its legs together!”
A Group of boys stood in a huddle, yelling with angry voices, and hitting something with a stick.
Eliza ran towards them and stepped right between them all, grabbing a stick out of somebody’s hand and waving it menacingly before her.
“What is it?” She cried. “What do you have here?”
The boys stepped back in surprise, and in fear of Eliza’s flashing eyes and flailing stick. Not one of them dared to answer her.
“Oh, but what is it?”
Eliza had never seen such a thing. It appeared to be nothing more than a small pile of soft, dull-grey fluff. She stepped closer, and was greeted with a pair of irate yellow eyes and a barrage of furious peeping.
“Oh, it’s an owl! A baby owl!”
She scooped it up, and in an instant it had sliced her hand with a sharp sliver of a beak.
“That’s quite enough of that!” She slipped the little bird into her pocket and walked away as fast as she could, without once glancing back.
She walked through dark and narrow streets, which always seemed damp, even when it hadn’t rained, because the sun rarely reached through to warm them.
She stopped at a tall, almost impossibly narrow house, with a tall thin door and a pair of long windows rising up on every floor. She glanced furtively around and then slipped inside. Up she climbed, flight after flight of steep narrow stairs. At each grey landing and hallway, she was greeted with the stale, damp smell of mildew and the sight of faded peeling wallpaper and threadbare carpets. The doors on each floor showed her closed, suspicious faces. But she barely noticed all this, as she raced up the stairs, two at a time, to the very top.
Once she had opened the door and passed through a low, dark corridor, she entered another world. All of the stagnant air, the heavy gloom, the dusk, the moldy scent, disappeared in an instant.
This room burst with a fresh green light. Though narrow as the rest of the house, it was made entirely of huge panes of glass, held together in a cast iron frame. The ceiling, also of glass, reached upward into an arch, and caught any light that managed to filter through the heavy grey clouds.
The whole long room was almost entirely taken up with several thin tables full of potted plants. Every shape of leaf and shade of green could be found here, and the scents of mint and lemon, and then of other, more uncommon smells – sharper and sweeter, filled the room. The air felt so thick and moist and warm with such an edge of strange green fragrance, that it could almost make you feel dizzy, to shut the dry grey world out behind you, and breathe it all in. Unless you were accustomed to it, of course. And Eliza certainly was. She had lived here as long as she could remember. And now, she walked expertly along the room, avoiding gusts of warm misty air, climbing nimbly over pots and hoses at her feet, to reach her own small room at the back.
Her bedroom was dark and close and tiny, with a sloping attic ceiling that stretched to the floor, and with only one small round window. She had a little bed, which just fit her if she curled up, a tea table and one low chair. She lit a candle on the table, as well as the few half-burned sticks that remained in the fireplace.
Eliza’s cloak – thick, soft and sea-grey green – had a multitude of pockets. Some were deep and secret, hidden in the lining, some appeared to be seams in the fabric, but opened to reveal many smaller pockets that fastened shut.
Her hand hovered now over the outside pocket into which she had dropped the baby owl. She reached in slowly, fearing the small sharp beak, but her fingers met only soft, fuzzy feathers. She lifted the owlet carefully, anxious at it’s stillness – had she hurt it when she put it in her pocket? She arranged her hat into a soft warm nest, and set the owlet carefully on the table before her. He was breathing! The warmth of her pocket and the rhythm of her walk through the town must have lulled it to sleep. Underneath all of the fluff, she could see a small round belly, rising and falling peacefully. He fluttered his small wings and sighed in his sleep, emitting a gentle “hoo-hoooooooooo.”
Eliza pulled her cloak close around her and laid her head on her arms, watching the little belly rise and fall and the soft feathers flutter with each breath. Soon Eliza, too, was fast asleep.

Preheat the oven to 425. Combine the mushrooms, sage, shallot and about one tablespoon of olive oil. Spread in an even layer on a large baking sheet. Roast for 20 – 25 minutes, until starting to become browned and crispy. Set aside.

Meanwhile, warm 1 T olive oil in a medium-sized saucepan over medium heat. Add the bay leaves and rosemary. After about a minute, add the french lentils and tamari. Stir to coat, and cook for a minute or two, then add about 4 cups of water. Bring to a boil, reduce heat, and simmer 20 – 25 minutes until the lentils are tender but still have a bit of texture – you don’t want them completely mushy. Remove from the heat and set aside.

Warm the final tablespoon of olive oil in a large soup pot over medium heat. Add the garlic and walnuts. Stir and cook for a few minutes, until things start to brown, and then add the mushrooms and shallots. Cook for a minute or two, and then add the white wine. When the wine is reduced, add a ladleful of lentil-cooking broth, and cook for about five minutes, until the walnuts start to soften. Add the butter and balsamic, and puree until quite smooth.

Return to the pot, and pour in the lentils and their broth. Stir well, season with plenty of salt and pepper, and cook till it’s warm through, then serve.