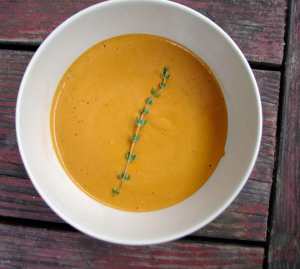 A few years ago I threw my back out. I was just helping our old dog to stand, and she weighed nothing, she was all bones and sunken skin. And yet, somehow, in trying to help her up I pulled something or other and I couldn’t move without pain for a few days. I couldn’t walk, sit, sneeze, laugh, sleep. I felt as old and infirm as our poor dog. A couple of years later I asked a doctor about my back, because it never seemed to get completely better. She said, “You have to strengthen your core! Strengthen your core.” I’ve been thinking about this phrase a lot lately, as I struggle to do one normal sit-up. I’ve been feeling a little lost and off-kilter. Partly because the boys are back in school, I suppose. And partly because I’ve been doing something for a long time, believing it was important–at least to me. And now I’m thinking about doing something else, which also seems very important but probably isn’t and now I’m all confused, and maybe nothing seems important, so why try to do anything at all? What does important mean, anyway? What does it mean to be important? Ack. In this scattered and bewildered state, I seem to need to strengthen my core. Not my core values or affections, because those are very unvaried, they’re constant. But the core beliefs that are hard to hold onto. Viz…it’s important to understand that you’re valuable to your children and your dog, even if you don’t feel all that good about yourself. It’s important not to let discouragement paralyze you, because time is flying. Don’t let yourself judge your work by what the world rewards with awards and praise and money (have you seen what the world awards with praise and money?) It’s probably good to take a pause and look at everything from the outside, but don’t let your doubts keep you from getting back into it, when the time is ripe, don’t feel foolish about working hard on something you know you’re good at. Don’t feel foolish about giving yourself meandering pep talks while you struggle to do sit-ups!! Strengthen your core! Strengthen your core!!

What we have here is a typical, Ordinary tripartite meal. A stewy sort of mix of vegetables, which becomes croquettes the next day, and a flavorful sauce to go with the croquettes. In this case, the stew has chickpeas, leeks, tomatoes, and artichokes. We ate it with plain couscous. The next day I combined the leftover stew and couscous with semolina flour (which is what couscous is made out of!), and some eggs to make the croquettes. And the sauce has olives, goat cheese, pine nuts, and a little maple syrup. The reason it’s this pretty color is that I made it with olive oil which I had steeped with annato seeds. You don’t need to do this…you can use regular olive oil.

Here’s Hold On Be Strong by Outkast. Short and to the point!

Add the chickpeas and artichoke hearts and tomatoes. Stir and cook until they start to soften. (The tomatoes that is.) Add about 1/2 to 1 cup water. Bring to a boil, reduce heat and simmer until the potatoes are as soft as you like them, fifteen to twenty minutes. Add the butter and lemon juice, season well with salt and pepper, and serve over couscous.

Preheat the oven to 425. Lightly coat a baking sheet with olive oil.

Combine everything in a food processor and process briefly to combine and break down the chickpeas a bit. You should have a thick batter. If it’s too thick, and a splash of milk and process again. Drop the batter by large spoonfuls onto the greased sheet.

Bake for 20 – 25 minutes until the croquettes are puffed and golden, turning once or twice to ensure that they brown on both sides.

Combine everything but the olive oil in a food processor and process until fairly smooth. While the motor is running, add the olive oil in a thin stream. Process for a really long time (I think I did five minutes) until it’s smooth and thick.