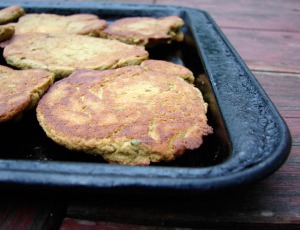 I like strange people, I always have. I’ve been drawn to the eccentrics and outcasts. The self-proclaimed rebels that say, “If you don’t like my attitude, screw you.” The kids in choir and band and theater. The ones who wore black and listened to the Smiths (like everyone else who wore black and listened to the Smiths.) The kids who pretended they didn’t care about the prom and were witty and dismissive about school spirit day. They might not have been the most popular, but they were (almost) convinced that they were the most cool, and they had that familiar combination of arrogance and insecurity you never really grow out of. I’ve always been proud to be different, and felt that my strangeness was one of my most winning qualities. There’s always going to be somebody prettier and smarter and nicer and better at everything, but there will never be anybody strange in quite the way that I am strange. Like everything else in life, having children seems to have shaken me a bit, in this regard. The other day Isaac wanted money for a popsicle at snack time, because everyone else got one. And I said, “Well, we don’t do things just because everybody else does.” Which I firmly believe. But then I thought, maybe we’re different enough already. We’re vegetarians, we don’t have cable or a video game system or a microwave. Malcolm made my heart ache with his sweetness once, on a play date. I offered to make popcorn and he proudly announced, “My mom makes it from scratch on the stovetop!” How long before that embarrasses the hell out of him? I want them to be happy with themselves, and I want them to feel good about all the ways they’re unique. I want to encourage the rebel in them. But I don’t want to impose that on them. On a rainy morning last week, I dropped Isaac off at school, and I saw Malcolm at his safety post. I’m always tempted to go up and give him hugs and kisses, of course, but of course I don’t. I had this discombobulatingly self-conscious moment, completely foreign to me as a mom – this idea of him watching me walk away in the rain. It felt weird to be a person and a mom at the same time – it feels strange to me to worry about feeling strange. Luckily we live in a town that celebrates eccentrics, most of the time. My boys are strong! They’ll be what the need to be. And we’ll keep up with those things I’m passionate about, like being a vegetarian. But we’ll try not to be witty and deprecating on school spirit day, and we’ll try not to make snide comments about LMFAO. Because, after all, what a joy to watch them dancing to those silly songs!

And we’ll keep eating strange vegetarian food like these eggplant and chickpea croquettes! I roasted and pureed the eggplant, so the croquettes were quite smooth. Like savory cookies, almost. Which is how we sold them to the boys, who liked them quite a bit. I made a fresh-tasting salsa of tomatoes, roasted peppers and tamarind to have with the croquettes, but you could use any salsa or sauce that you like.

Preheat the oven to 425. Prick the eggplants in 4 or 5 places. Place on a small oven sheet and roast for 45 minutes to an hour, till they’re soft and collapsing. Let cool.

Scrape the eggplant flesh from teh skin and put it in a food processor. Puree till quite smooth. You should have about 1 1/2 cups, give or take. Add all of the other ingredients and process till you have a smooth thick batter. Let sit for at least 15 minutes.

Coat a baking sheet with a thick layer of olive oil. Drop the batter by generous tablespoonfuls on the baking sheet, leaving a small amount of space around them.

Bake until browned on both sides, turning halfway through. 20 – 30 minutes should do it.

Serve with tomato sauce or chutney.

Mix everything in a small bowl

Mix the dressing ingredients well, and pour over the tomatoes and peppers.