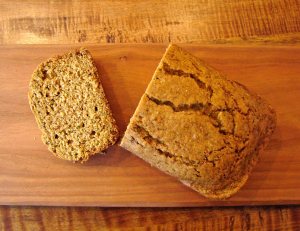 I’ve mentioned in the past that bird watching was a big part of our courtship. These days it’s mostly sitting in the backyard with our coffee before the boys get up, watching the sparrows and squirrels. But it’s nice to know there’s still a busy world going on above our heads. We might not be able to stop and look for a long time, but we can still hear them, and know them by their song. Once, many years ago, I asked David what kind of bird I would be, if I were a bird. He said maybe a warbling vireo. If you’re not familiar with a warbling vireo, I’ll tell you that it’s a small, green & grey bird known for its song, which is delivered in “…long melodious warbling phrases.” Heh heh heh. If there’s a warbling vireo around, you know it, because they never stop singing! They have a lot to say! Perfect, right? It’s a sweet bird, and very nice to be compared to. One of the qualities I admire in David is that he’s very economical with words. That seems like a rare quality in our loud world. Everybody’s talking and texting and making noise, and not listening at all. He doesn’t talk incessantly, but when he does talk, he says just the right thing. The right words at the right time. He’s very witty, but he doesn’t need everybody in the room to hear him. My boys think he knows everything, and it does seem that way at times, but he doesn’t need to tell you that he knows everything. (Like I do! If I know the answer I’ll be in the back of the room with my hand in the air saying “Ooh ooh ooh, call on me! Call on me!”) And when he does nice things for people, he doesn’t need them to know that he’s the one that did them. He doesn’t need anyone to know! I love that. So if he was a bird, maybe he’d be a veery. They don’t talk much, but when they do you want to hear them, because they have a remarkable song.

David really liked this zucchini bread! It’s basically a corn bread, but because corn bread can sometimes be quite dry, I added a grated zucchini to moisten it up. (And, let’s face it, it’s zucchini season – they’re going in everything!) I added a little brown sugar, some cinnamon, and a pinch of cayenne. I think it turned out quite well! A little sweet, with the mysterious flavor of corn, and just enough cayenne that the flavor sort of pops in your mouth. It was also incredibly easy to make – you can mix it together in minutes.

Preheat the oven to 350 degrees. Lightly coat a bread pan with olive oil.

In a large bowl, mix together the olive oil, sugar and vanilla. Beat in the eggs, one at a time. Add all of the dry ingredients and beat till smooth. Add the grated zucchini and stir to mix well. Pour the batter into the bread pan, and bake for about 45 minutes, till it’s golden brown on top, and springs back when you press on it lightly.